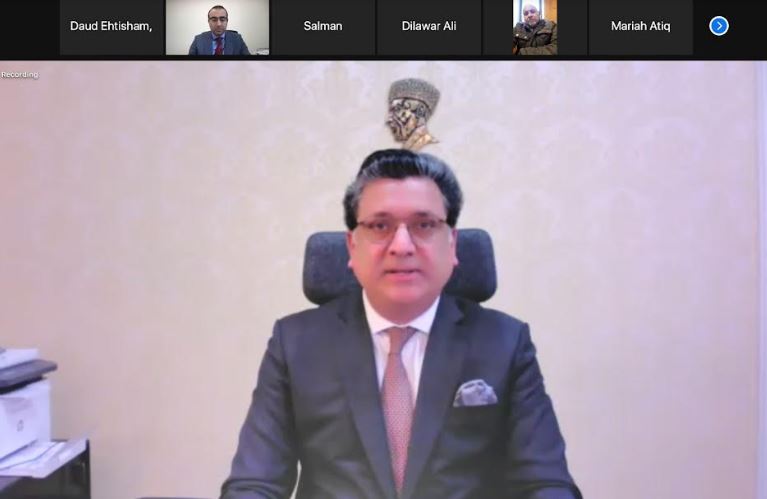 ISLAMABAD, /DNA/ – The Embassy of Pakistan, Brussels, organized the 14th Khuli Katchery in a virtual format with the Pakistani diaspora in Belgium and Luxembourg. Ambassador of Pakistan to the European Union, Belgium, and Luxembourg, Mr. Zaheer A Janjua, briefed the participants about the continued efforts of the Mission to provide efficient and seamless services to the community.

Referring to the recent high-level engagements in Brussels, including the visit by the Chief of Army Staff (COAS), the Ambassador underscored that the visit contributed to further strengthening of Pakistan’s bilateral relations with Belgium, the EU and NATO. He highlighted that the host authorities expressed gratitude for the key role played by Pakistan in evacuation operations from Afghanistan.

The Ambassador appreciated diaspora’s active participation to commemorate Kashmir Solidarity Day on 5th Faburary. He Emphasised that Paksitan will continue to extend political, diplomatic and moral support to the people of Jammu and Kashmir for achieving their right to self determination guaranteed by the UN Security Council.

He encouraged the community members to be the voice of innocent Kashmiris across the world and expose Indian atrocities in Illegally Occupied Jammu and Kashmir to trigger a strong international response.

The Ambassador expressed satisfaction on the revised policy of the government for inbound passengers with effect from February 24, 2022, particularly the abolition of pre-boarding negative PCR test requirement for fully vaccinated inbound travellers and exemption from mandatory vaccination for passengers between 12-18 years till March 31, 2022.  He, however, encouraged the community members to exercise due caution.

The Ambassador announced that due to the relaxation of COVID-19 restrictions by the local authorities, the National Day ceremony on 23rd March will be held physically at the Chancery. He invited the community members to participate in the ceremony with their family members.

The community members conveyed their complete satisfaction with the services provided by the Embassy. They praised the ease of access and the forthcoming attitude of the Embassy to resolve the problems faced by the members of the Pakistani community in Belgium and Luxembourg.