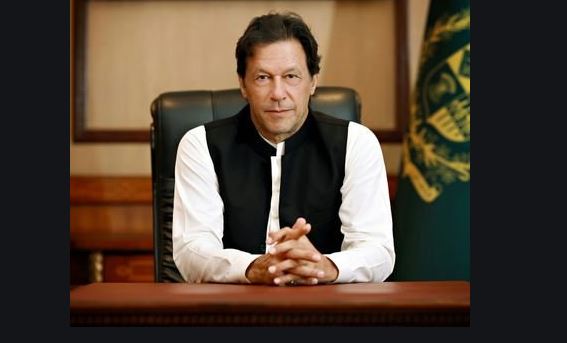 ISLAMABAD, Nov 28 (DNA): Prime Minister Imran Khan said Saturday he
didn’t have to show resistance to the army because it never pressured
him.

“I would have shown resistance to the army had the army pressured me,”
said PM Khan in an interview with a private television channel. “The
army has never done any such thing over which I would show resistance.”

The premier said that the government’s foreign policy was made by the
PTI. “We acted upon our manifesto,” said PM Khan. “For example, I had
said that the solution to Afghanistan’s problem is not war but
negotiations.”

Jahangir Khan Tareen is under investigation and he doesn’t hold any post
in the party, said the premier.

Jahangir Tareen, who was once a close friend of Imran Khan, was recently
embroiled in the sugar price hike case when it was revealed in an
official report that his JDW Mills benefitted greatly from sugar
subsidies. His mills made Rs200 billion in three years.

“Action is being taken,” PM Khan told the television channel. “Jahangir
was very close to me… he says he is innocent and allegations against him
are false.” He added that his former close aide was “going through a
difficult time”.

Naeem Bukhari, who was PM Khan’s lawyer in the Panama Leaks case, was
appointed the chairman of PTV’s board a few days ago. The premier said,
however, his appointment was made on merit and it had nothing to do with
Bukhari’s relationship with him.

“Naeem Bukhari has been associated with PTV since 1970s,” said PM Khan,
adding that Bukhar has done several TV programmes for the state-run TV
channel in the past 50 years.

“Naeem Bukhari is not an executive but the chairman of the board,” he
said, explaining that the board, which has yet to be constituted, will
make the policies for state-run TV channel.

In a recent interaction with the reporters, Bukhari had said that PTV
will not be airing the opposition’s stance because it is government’s
channel.

But PM Khan said he disagrees with him because he thinks the PTV’s
credibility will go down if it becomes the government’s mouthpiece.

“The opposition should be given time on the PTV,” he added. DNA

« Sustainable development of merged districts among priorities of government: CM (Previous News)
(Next News) The future of academic research »