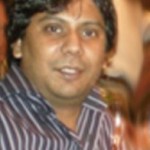 ISLAMABAD, October 13 (DNA): Newspaper journalist Cyril Almeida on Thursday refused to record his statement before a government’s committee set up to hold an inquiry into his story about a purported confrontation between civilian government and military.

Prime Minister Nawaz Sharif directed the interior ministry to hold an inquiry to determine who leaked the report.

According to a report by a private television channel, Federal Minister for Climate Change Zahid Hamid, who is head of the inquiry committee, twice contacted Mr Almeida and asked him to record his statement.

The journalist, who was barred from traveling abroad until the completion of inquiry, refused to appear before the committee.

“I have invited APNS, PFUJ and CPNE representatives for a meeting on Friday to discuss the issue,” he said, adding that journalist would be questioned if he was still standing by his story, which was inaccurate in the first place.