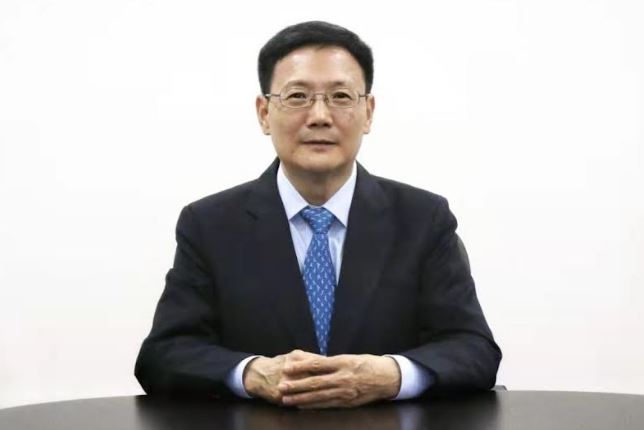 Karachi /DNA/ – CPEC, as a signature project under the Belt and Road Initiative, has served as a fine example as China and other Islamic countries work to synergize their development strategies. As an all-weather strategic cooperative partner, China always gives priority to its cooperation with Pakistan in its overall external cooperation. Chinese Consul General in Karachi Li Bijian, at an interactive session with group of senior journalists at the Consulate, said.Belt and Road Initiative, BRI has two components – one over land known as Silk Road Economic Belt and another maritime component tagged as Maritime Silk Road. Once this initiative was executed, it would have would tremendous economic impact on the related countries.Under BRI, China intends to invest billions of dollars on infrastructure in many countries.

The initiative would develop major industrial, agriculture and energy centers in the partnering countries and all these will strengthen the links with China.The part of BRI falling in Pakistan is known as China-Pakistan Economic Corridor under which will be constructed industrial parks, agriculture farms, railways, airports, roads, agricultural centers, energy generating projects including big solar energy projects.The Chinese diplomat mentioned that the first phase of CPEC has been almost completed . It is focused on development and upgradation of infrastructure, and setting up energy generating projects including those of renewable energy.

Now, he added, with all seriousness both the governments were on execution of second phase of CPEC, which shall mainly focus on agriculture, manufacture and other areas. Joint Working Committees on CPEC have been pursuing these projects spread in many different areas of Pakistan.All the projects under CPEC have been progressing well, however COVID-19 pandemic had slowed down the process. He said in Sindh, under CPEC, China is major partner in Dhabeji Special Economic Zone, Korangi Industrial Park, Coastal Development projects, Thar coal mine development, infrastructure development projects, and renewable energy in the province.Chinese companies had also partnered Sindh Government in upgrading transport system in Karachi, Hyderabad, Thatta and Sukkur. The companies would soon provide 150 buses to Sindh Government under this move. Chinese companies were engaged in manufacturing sector as well including in assembling of mobile phones and motorcycles, also in joint ventures. Li Bijian appreciated the role of Pakistan government, Pakistan armed forces and other law enforcing agencies in providing security protection to the Chinese companies.Chinese Consul General Li Bijian appreciated Pakistan Federal and Provincial government’s policies to manage the situation emerging from COVID-19 pandemic which damaged badly economies and created serious problems for the world. Pakistan adopted opted policy of “safety of life and livelihood” through carrying out dynamic measures to implement SOPs and “smart lock-down”.To another question, he said Coronavirus affected China’s economy, tourism was the most affected sector due to lock-down. Now, with strict compliance of SOPs and implementing the dynamic zero COVID policy, domestic tourism is open.About Omicron, new COVID-19 variant, he said that so far a few imported cases were reported in his country, adding that experts researched much about this variant, and he is confident that China shall deal with the new variant in an orderly and decisive way. China had adopted 4-Es strategy to contain spread of the virus: early detection, early reporting, early quarantine and early treatment, which turns out to be very efficient to put the pandemic under control. In China, more than 84 percent population was vaccinated and an aggressive campaign continued to vaccinate the remaining 16 percentage population. Booster doses have been also being given from June 2021 to reduce the possible effect of mutated variant. While trying every means to control the pandemic domestically, China has also been carrying out international cooperation in this regard, has so far provided more than 1.8 billion doses of vaccines to other countries, he said. China has been striving to build a community of health for mankind, he said.Referring to the policies of his government, he said Communist Party of China has been implementing the policy of putting people first and focused on the improvement of peoples’ livelihood and sustained economic growth. China has realized the first centenary goal of building a moderately prosperous society in all respects and eradicated the absolute poverty which had been with the Chinese nation in a few thousand years. Chinese had a very clean and honest government enjoying support of more than 95 percent population.CPC has been delivering to the people and even on country side, the farmers has been enjoying an ever-changing and prosperous livelihood. There are the best roads and other communication network in the county side. “My government has been trying to help the people, and most majority of Chinese people are satisfied.” he concluded. 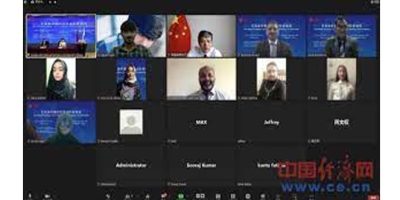 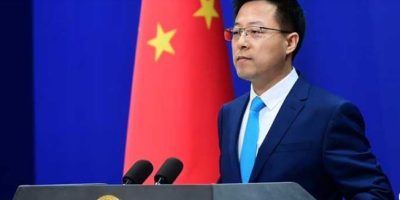