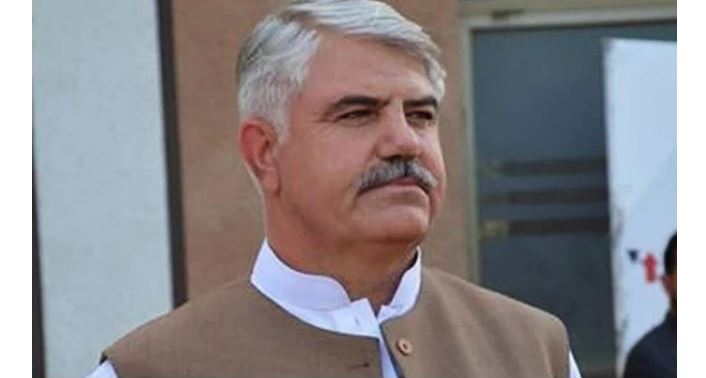 While expressing their full confidence in the leadership of Chief Minister Mahmood Khan and policies of his government, newcomers have also announced that they will extend their full support to PTI in the upcoming general elections. Meanwhile addressing the public gathering at Dasu, the chief minister formally welcomed the newcomers to the fold of PTI and said that it was evidence enough that the PTI has become the most popular political party in the country adding that Imran Khan will again become the prime minister of Pakistan with a two third majority. “Incumbent imported government at center will end very soon” he said and added that incompetent imported rulers did not have any plan or agenda for the people; they have come into power only to save their wealth obtained through money laundering and other illegal means.

Mahmood Khan said that we will have to get rid of looters for a better future of our coming generations and made it clear that we will not let the country to become the colony of America at the hands of looters. He urged upon people to come forward and stand with Imran Khan for the real independence of the country. Touching upon the performance of his government, the chief minister said that incumbent provincial government had laid the strong foundation of local bodies system in the province adding that his government will devolve full powers to the local bodies representatives. He said that Khyber Pakhtunkhwa was the only government which was giving significant development funds to its local bodies institutions further stating that development funds tune to the Rs. 41 billion would be provided to local governments during the new fiscal year. Mahmood Khan also said that his government was taking curative steps for the uniform development of all the districts and to this effect District Development plan has been initiated to boost the backward districts of the province. ”

Development activities were in full swing in all districts from DI Khan to Chitral” he added and said that he was also fully aware of the issues of Kohistan and provincial government will take steps to resolve these issues on priority. He said that Dasu Hydro Power was a dead project on which PTI Government has started the work. He said that land issues of the local people related to Dasu Hydro Power Project have almost been resolved and assured that local people would be given first priority in the job opportunities under the project.