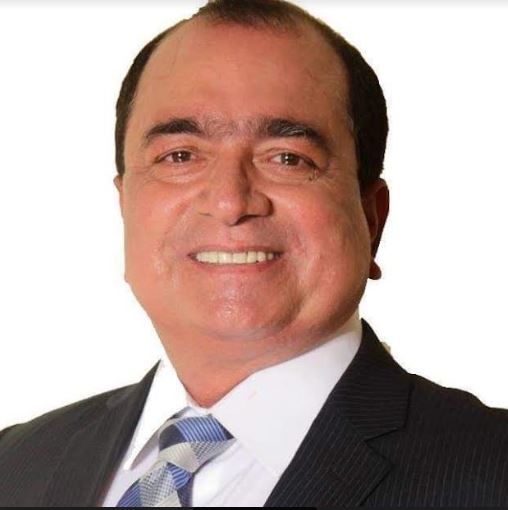 Amazing to think about climate smart potatoes when climate action and climate smart agriculture are the buzzwords of the day. Educating the higher authorities about the informed decision making for climate smart crops and capacity building of farmers accordingly is a huge task. After the big success of Pakistan’s Climate Action – the United Nations Sustainable Development Goal (SDG) 13, Pakistan’s focus has shifted to adapting the Climate Smart Agricultural models. Food Security is one of the key objectives of the Climate Smart Agriculture (CSA) models. They are mainly being propagated and promoted by the Food and Agricultural Organization of the United Nations (FAO) and other international organizations such as Centre for Agriculture and Biosciences International (CABI), an intergovernmental organization promoting scientific research and practices.

An approval of a national policy last year has reflected Pakistan’s vigorously integrated action plan to take on the challenges confronting our national food security. Recently, we have seen Pakistan importing food grains and some other agricultural products from other countries. Red alert for Pakistan’s agricultural sector that has great potential to contribute to the country’s GDP, much more than 18.9 percent (2021) by absorbing 42.3 percent of the labour force (2021).

A good sign that Pakistan has finally come up to understanding the situation. National food security shall be the top priority of the government when the climatic changes are taking place quite briskly than the IPCC (Intergovernmental Panel on Climate Change) projections. Scientific crop research, knowledge development and its dissemination to concerned ones at all tiers for urgent actions and implementation plans could save 230 million people of Pakistan – an agricultural country that is fast becoming food insecure. Immense and urgent tasks for the relevant federal and provincial ministries and their subordinate institutions in provinces shall be to enhance their efforts to seek more international technical support for scientific research and farmers’ capacity building for backbone crops – wheat, rice, sugarcane and potatoes.

Good to know that the Pakistan government is receptive to new crop knowledge that is based on the local scientific research the CABI has extended. CABI is the country’s long-term partner in the agricultural sector development. With the support of the government, the CABI launched a project for capacity building of small-scale potato growers in four districts of Punjab. The intervention kicked off in December 2020 in Okara, Sahiwal, Pakpattan and Kasur.

Potatoes are one of the major crops in Pakistan that has high consumption and nutritious value. The initiative has successfully taken several measures to increase average yield per acre. The potential is huge that would be maximized by using advanced production technology. New scientific knowledge and crop management techniques will help farmers to combat challenges including climate variation, pest and disease control. Women’s engagement and capacity building in best agricultural practices including sustainable and safe use of pesticides is the crosscutting edge of the initiative.

The project districts generate over 95 per cent of potato production that has started increasing in one year after the significant measures were taken by a team of expert researchers from the Wageningen University, Netherlands. As many as 24 master trainers including 8 women have been trained on a technical manual prepared by the Wageningen University. Some 24 demonstration plots have been established in the project district by the CABI master trainers and Wageningen University experts that represent Dutch best practices in climate smart potato production. A baseline survey was also conducted to assess current production practices and to identify the constraints and challenges faced by farmers, especially by women farmers in the early stage of the initiative. Seed selection is the key to potato production. More than 600 farmers including women have given on-field training including demonstration plots’ visits.

Advance production practices and crop monitoring is being performed by the district master trainers under the guidance of the CABI and the Wageningen University experts. All the interventions are supported by information material and technical knowledge in Urdu language. Local government, communities and other key stakeholders like University of Agriculture, Faisalabad, Potato Research Institute, Sahiwal, Department of Agriculture Extension, Potato Research and Development Board and Potato Growers Cooperative Society Pakistan have been engaged for larger ownership of the best practices and to replicate them. Several interventions are in pipeline with the support of Pakistan Agricultural Research Council (PARC) and its subordinate organizations. It is just about one major crop – the potato production making it climate smart. Many more shall be on the agenda to make Pakistan a nationally food secure country.