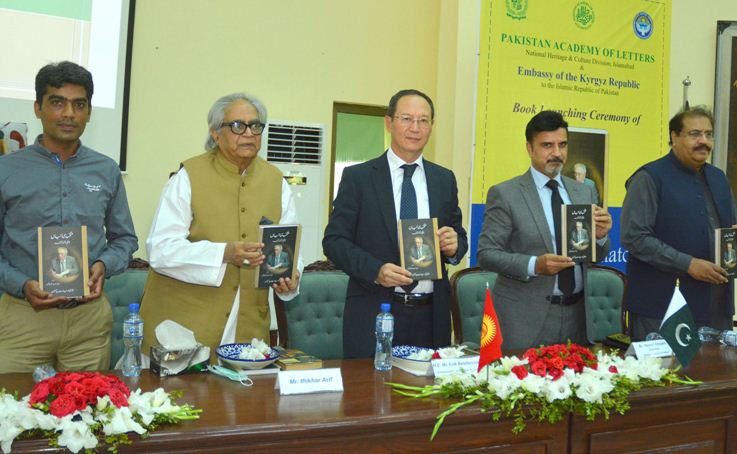 ISLAMABAD: A Book Launching Ceremony of Chingiz Aitmatov’s selected stories “Jamila”, “Farewell, Gyulsary” and ” Spotted dog running by the edge of the sea” translated and published into Urdu by the Academy of Literature of Pakistan, at the initiative of the Pakistan was held in Islamabad.

Embassy of the Kyrgyz Republic showed a documentary film about Chingiz Aitmatov and also organized a Photo Exhibition and a performance on a Kyrgyz song.

The event was attended by writers, scientists, representatives of the diplomatic corps and the media.

Cooperation in the field of education is developing actively. About 7,000 Pakistani students are studying in Kyrgyzstan mostly in medical universities. In February this year, Kyrgyz Minister of education and science A. Beishenaliev visited.

Talking about trade the ambassador said, the existing trade volume between Kyrgyzstan and Pakistan is not up to the actual potential that exists and both countries should work towards increasing it.

In order to promote trade and economic relations Intergovernmental Kyrgyz-Pakistani commission was established in 1994, which held its third meeting on 11-12 January 2017 in Islamabad. Now we are expecting the Pakistani delegation to come to my country for the next meeting of the commission.