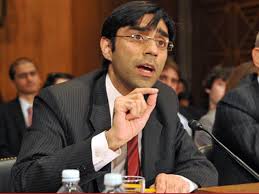 BEIJING, China on Tuesday lauded Prime Minister’s Advisor on National Security, Moeed Yusuf for his remarks about the situation in Xinjiang and upholding a fair and objective stance on the relevant issue.

He said, in fact, the international community knows very well that what the truth is on Xinjiang related issues.

“As many as 48 countries made a joint statement at the third committee of the UN General Assembly expressing just stance on relevant issue.”

He said, these countries showed their understanding and support to China’s position and opposed politicizing and applying double standard on human rights issues and also opposed groundless accusations against ChIna.

“This shows people know what is true and what is false,” he added.

Zhao informed that since 2018, more than a thousand people from more than 90 countries and regions have visited Xinjiang. They have seen themselves that Xinjiang is stable, prosperous and enjoying rapid development.

He said, all spoke highly on counter terrorism and de-radicalization efforts in Xinjiang. They believe these efforts are worth learning.

“We welcome all people upholding objective and fair stance to visit Xinjiang where they can see what is happening in Xinjiang on ground,” he added.

Zhao said that the Chinese side believes that more countries will speak for truth and for justice just like Pakistan has done.