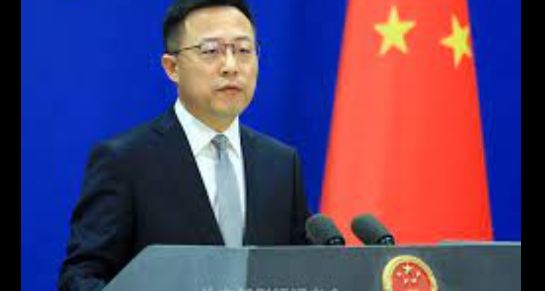 BEIJING, Oct 8: Chinese Foreign Ministry’s Spokesperson Zhao Lijian Friday said that the Chinese side had received an invitation from the Russia to attend international talks on Afghanistan to be held in Moscow on October 20.

“The Chinese side has received Russia’s invitation. We stand ready to maintain communication and coordination with relevant sides including Russia,” he said during his regular briefing held here.

He said that China supported all international efforts that were conducive to promoting peace and stability and gathering consensus in Afghanistan.

The representative did not provide further details on the planned talks in comments carried by Russian news agencies.

Moscow hosted an international conference on Afghanistan in March at which Russia, the United States, China and Pakistan released a joint statement calling on the then-warring Afghan sides to reach a peace deal and curb violence.

« At least 55 killed, scores injured in suicide attack at mosque in Afghanistan’s Kunduz (Previous News)
(Next News) Pakistan condemns terrorist attack on a mosque in Kunduz »