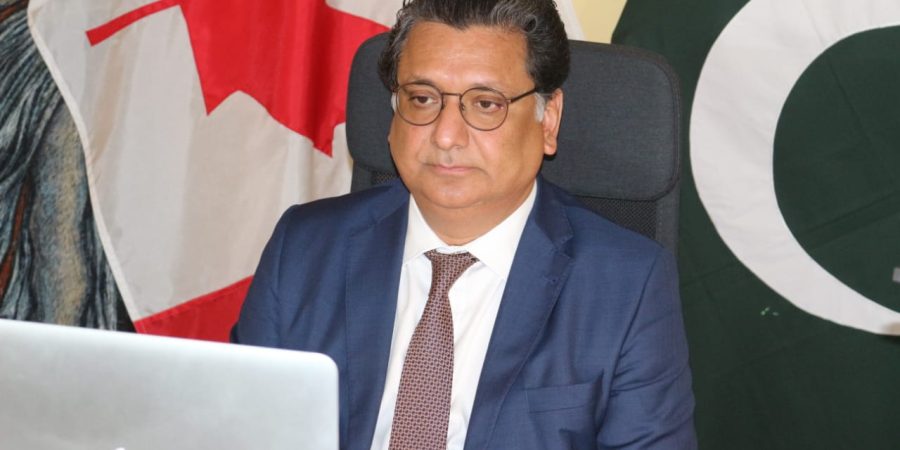 OTTAWA: The Canadian government has announced to match individual donations up to a total of CAD 3 million through the Humanitarian Coalition of 12 charitable organisations collecting funds and donations in Canada in response to the flooding in Pakistan.

This was stated by High Commissioner for Pakistan to Canada Zaheer Janjua while speaking to a webinar on ‘Exploring Shariah-compliant Investment & Charitable Opportunities through Roshan Digital Account’ as well as a fundraising dinner held in the Canadian capital under the auspices of Pakistani Canadian charitable organisation ‘Dil Canada’ for Pakistan flood relief.

The High Commissioner said Pakistan had been hit by floods of biblical proportions and he was glad the Pakistani Diaspora in Canada had come forward in a big way to raise funds to help their fellow brethren in Pakistan. He also appreciated the Canadian government and the people for initially committing an aid of CAD 5 million and then backing it up with another $25 million of funding in response to the impact of flooding in Pakistan, and to support development projects in the country.

Zaheer Janjua lauded the Pakistan diaspora spread across Canada for working hard to raise funds for the flood victims in Pakistan. He was it was a difficult time for Pakistan, and it was imperative for every Pakistani at home and abroad to rise above their individual and political preferences, likes and dislikes, and respond to the call of motherland for reaching out to millions of people displaced by the devastating rains and floods in Pakistan.

He said the Pakistan High Commission in Canada and its Consulates had made arrangements with PIA to carry relief goods from Toronto to Pakistan free of cost. He said the national airline was running only five flights a week from Toronto to Pakistan with every flight able to take only approximately 1 tonne of relief goods. It is therefore advisable if the donors and individual Pakistanis in Canada send essential items such as medicines to Pakistan and prefer buying the remaining relief items from Pakistan to get a food return on their money and also boost the local economy.