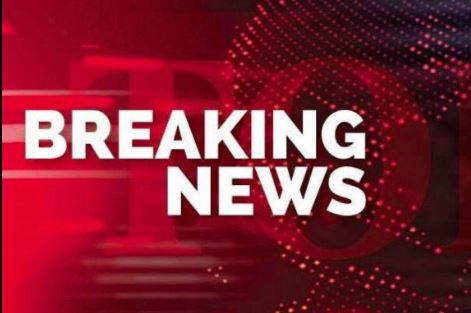 PESHAWAR, MAR 15: The Khyber Pakhtunkhwa Cabinet in its 67th meeting held here on Tuesday with Chief Minister Mahmood Khan in the chair approved giving compensation of rupees 2 million each to the heirs of those embracing martyrdom in the Koocha Risaldar gory incident while those with serious and minor injuries to be provided rupees 0.5 million and rupees 0.2 million respectively. The Chief Minister directed that the compensation cheques must be prepared within three days for their onward disbursement amongst the all concerned.

The meeting besides the cabinet members was also attended by the Provincial Chief Secretary, Senior Member Board of Revenue and Administrative Secretaries of various Government Departments.

Special Assistant to Chief Minister Khyber Pakhtunkhwa on Information & PRs Barrister Muhammad Ali Saif while briefing media persons about the decisions of the cabinet meeting at ITLA’A Cell informed that the cabinet also approved providing compensation of Rs. 1.00 million each to the heirs of 6 victims that fall prey to land sliding in Alpuri district Shangla recently. The Chief Minister, he said, has also directed for amendments in the Relief Act to enhance the existing ratio of various compensations.

He further said that the Chief Minister directed the Ministers to ensure their attendance in the Provincial Assembly meetings regularly as important legislations are being made there. Similarly, the cabinet committees constituted for various matters were also directed to submit their reports during the next meeting of the cabinet. The CM, he further informed, has directed for including the bone marrow treatment in the Sehat Card to benefit the suffering humanity.

The cabinet, Barrister Saif said, also decided that action would be initiated against those government employees who move courts against Inter-Departmental issues viz-a-viz state land as allotment of state land to the departments is the sole prerogative of the provincial government.

Muhammad Ali Saif further said that the cabinet approved extension in the contract work of setting up a public park in Hazar Khwani, to the south of Ring Road to provide recreational facilities to the public. An additional land measuring 24 kanal was added in the Park that prompted the extension in contract to complete it. The Chief Minister, he said, has directed for completion of the one of the biggest Public Park during the current financial year.

The Special Assistant on Information & PRs further said that the cabinet approved the implementation and rectification in notification of the ‘Letter of Administration & Succession Rules’ from 2nd October 2021 in lieu of 30th July 2021. The cabinet also approved the Khyber Pakhtunkhwa Education Monitoring Authority Rules of Business, 2021 as well as the service rules for the employees of the Authority. The cabinet, he said, also accorded approval for constituting a Settlement Board to conserve forests & environment, promptly dispose of the cases with regard to forests’ land as well as to declare Resume Land as Reserved Forests. The Settlement Board will consist of Collector Revenue, Divisional Forest Officer as well as a member from the community, he informed.

The SACM further said that the cabinet approved declaring ‘Koh-e-Suleman’ of Dera Ismail Khan as conservancy area to provide protection to wildlife. This conservancy area, he said, spreads over 58000 hectares and will ensure the protection of wildlife like markhor, cheetah, fox, bears, jackals, snakes, hawks, eagle, owl etc.

The Provincial Cabinet also approved a sum of Rs.35.1575 million as compensation to as many as 16 thousand & 6 hundred affectees of Lal Qilla, Dir Lower who couldn’t cultivate maize crops in the wake of security reasons, informed Barrister.

He further said that the cabinet approved a compensation of Rs.1.00 million each to those persons who died during bombardment in district Khyber in light of the Peshawar High Court judgment.  Similarly, the cabinet approved procuring 1.2 million metric tons wheat during the year 2022-23, informed the SACM.