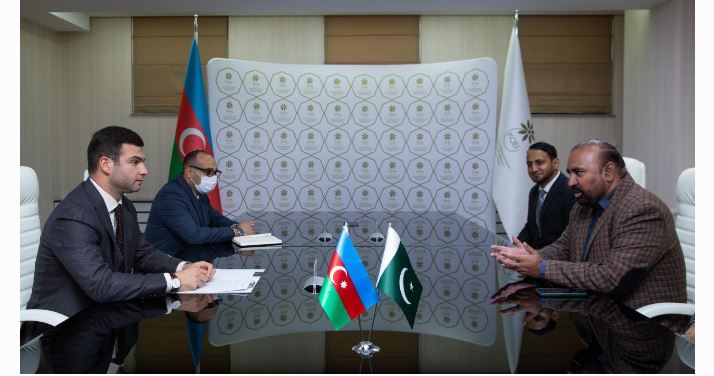 BAKU, NOV 19: Azerbaijan and Pakistan have discussed cooperation in the small and medium-sized businesses sphere. The discussion took place at the meeting between Azerbaijani Agency for Small and Medium-sized Businesses Development Board Chairman Orkhan Mammadov with Pakistan’s Business Forum President Muhammad Kasif.

The meeting briefed on the agency’s services for SMBs, including support for foreign businessmen and investors.

Opportunities for cooperation between the Azerbaijani agency and Pakistan in the area of entrepreneurship were considered.

It was noted that Pakistani businessmen participated in the 25th International Business Forum in Baku, which was a good opportunity for cooperation with local SMBs.

The 25th International Business Forum (IBF) organized by Azerbaijan’s Small and Medium Business Development Agency and Turkey’s Association of Independent Industrialists and Entrepreneurs (MUSAID) was held in Baku on November 15-16.

The forum was held under the “Azerbaijan: Pearl of Asia” slogan with the participation of the officials, businessmen, representatives of international organizations, diplomatic corps, chambers of commerce and business associations from almost 30 countries.

The panels on investment opportunities in Azerbaijan, in particular, in agriculture, industry, tourism, the investment potential of the Karabakh region, public-private partnership, as well as bilateral meetings among businessmen were organized. The businessmen reviewed the work process at a number of manufacturing enterprises in Baku and the country’s regions and discussed the opportunities for cooperation and investment with local businessmen within the forum.