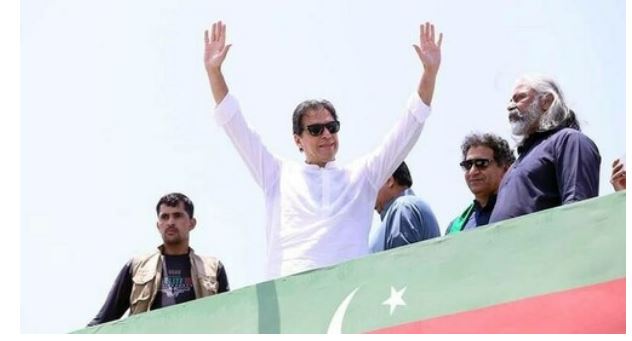 Attock: As PTI’s Azadi March began on Wednesday, tensions in Punjab rose after police made use of tear gas and arrested several PTI marchers in cities across the province as activists attempted to remove shipping containers blocking routes to Islamabad.

A little after 6pm, the main convoy from Khyber Pakhtunwan, which includes PTI chief Imran Khan, was able to enter Punjab from Attock after successfully removing the barricades placed by the Punjab government at the Attock bridge to stop marchers from entering the province.

These developments came a day after PTI chairman Imran Khan exhorted his supporters yesterday to embark on their march for “true freedom” towards Islamabad after the government said it would not allow the march. In response, Imran called on the youth to remove the obstacles themselves.

Imran Khan had earlier arrived at the Wali Interchange in Khyber Pakhtunkhwa by helicopter. Footage of Imran arriving at the interchange showed PTI activists converging on the chopper.Later, Imran departed for Islamabad from the Wali Interchange in Khyber Pakhtunkhwa. Afterwards, PTI tweeted a photo of Imran waving to supporters from a truck adorned with PTI colours.