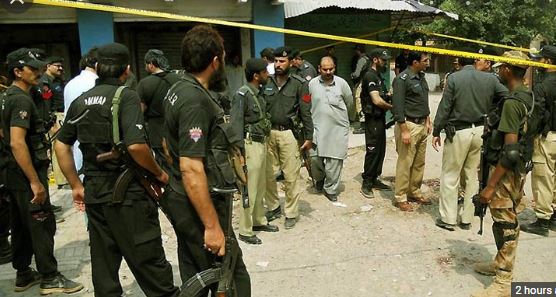 Soon after the incident, security forces and rescue teams reached the spot and shifted the bodies of two martyred policemen identified as ASI Rehmatullah and Constable Ali Asghar to hospital. Police sources said policemen were on a routine patrolling in the area when attacked by terrorists.

The assailants managed to flee the scene after the incident. The injured policeman was also shifted to civil hospital Quetta for medical assistance. Police and frontier Corps personnel reached the spot as an investigation into the incident went underway. =DNA