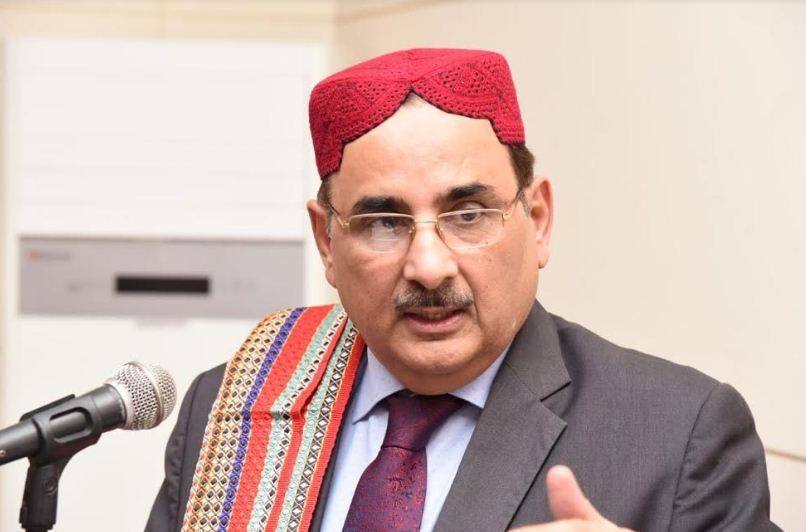 KARACHI, JUN 19 (DNA) – The Federation of Pakistan Chambers of Commerce and Industry’s Businessmen Panel Chairman Mian Anjum Nisar has stressed the need for putting the economy on a high growth path, which must be sustainable over the long run, observing that the present budget strategy would deliver growth but, at the same time, it also raised the risk of external account stress.

While appreciating the positive growth in large-scale manufacturing for the last several months of current fiscal year, he called for implementing reforms agenda to achieve 7% economic growth rate annually to create two million jobs per annum and reduce the public debt, which has already become unsustainable.

The whole business community of the country is considering that for the first time, during recent past, a budget has been presented that is loaded with incentives for SMEs, agriculture and overall general industry along with potentially game-changing documentation measures, he said. He added that the government fiscal stance in the present budget is fairly realistic but its revenue target does not seem to be completely plausible.

The Businessmen Panel thinks that the federal budget has now laid an excellent foundation for growth in the short run, but ignores very real risks on the external account front, which also needs attention.

Mian Anjum Nisar said that the government is on the right track by focusing on removing the constraints to economic growth imposed by the balance of payments, as it has rightly identified exports, agriculture, ICT as the drivers of growth.

The problem is that these sectors have suffered policy neglect for years, or active anti-growth policies such as in the case of exports. The reforms required to make these sectors growth drivers are not just structural in nature, but also involve very substantial institutional and governance elements, he said and added that these reforms would take a long period of consistent and coherent implementation before they deliver results.

He pointed out that the budget 2021-22 is facing massive risks such as inflation and a resurgence of the trade deficit, as throughout FY21 inflation has been steadily rising, but with oil prices nearing two-year highs, the circular debt marching on, prices of miscellaneous goods and various industrial raw materials also increasing, and an impending massive increase in the petroleum development levy, could all provide significant impetus to inflation precisely as growth gets going.

The country has been struggling with low economic growth for three decades. For the last three decades, the real GDP growth has averaged 4.2% while South Asia’s other countries have averaged economic growth of 6% over the same period. In the past three years, Pakistan’s annual GDP growth rate has fallen even further, to an average of 1.9%, due to the combined effects of the 2018 balance of payments crisis and the Covid-19 pandemic.

Mian Anjum Nisar observed that the government has to formulate long-term and consistent policies for high growth of industry and considerable improvement in exports, as contrary to regional countries, Pakistan’s exports have remained stagnant for a long time, and unless attention was paid to all factors that hamper industrial and exports growth, the country might not be able to achieve desired results.

Mian Anjum Nisar called for out-of-the-box solutions for economic growth, as COVID-19 has adversely impacted the world’s economy as well as Pakistan’s trade and industrial sectors.

He said that the government has to lower the electricity tariffs further instead of increasing, saying that the continuous increase in power tariff can endanger industrial growth momentum, which contributes around 60-70 percent of tax revenue. He said that Pakistan’s inability to fulfill the conditionalities of the IMF programs will have serious financial consequences for the country as in the next three years the country has to pay $40 billion.=DNA