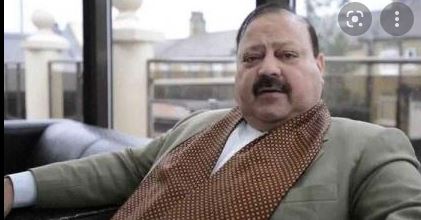 Barrister Sultan Mehmood Chaudhry, talking to Lord Mayor of Leeds City Council, Asghar Khan at Kashmir House in Islamabad said that the Kashmir dispute was unresolved in 1947 when Britain withdrew from the region after the end of its 200-year rule in the subcontinent.

The president said that it is the dual responsibility of the UK to take solid steps for the settlement of the Kashmir dispute and added that the UK Parliament could play its role in this regard.

He said the public opinion there is in the favour of Kashmiris and in this connection more steps are needed to further mobilise the public opinion effectively. Speaking on the occasion, Leeds Mayor Asghar Khan said Leeds is a major city council of the UK and a resolution on Kashmir dispute has been passed in it.

It may be recalled that the AJK President, Barrister Sultan Mehmood Chaudhry had also addressed the Leeds City Council on the occasion of his visit to the UK two months ago.

On this occasion, the AJK President accepted the invitation of Lord Mayor Asghar Khan to address the Leeds Council and said that the date of his visit would be announced in due course. =DNA