Destruction in name of change taking place in Pakistan: Bilawal 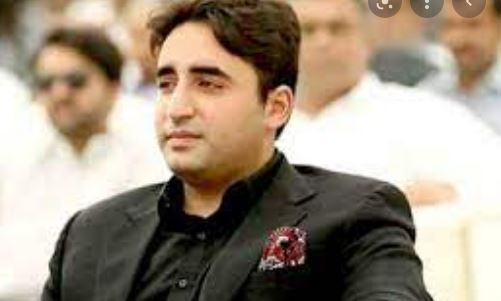 SARGODHA, JAN 30 (DNA) — Slamming the Pakistan Tehreek-i-Insaf (PTI) government for what he alleged bringing ‘destruction’ instead of tabdeeli (change) in the country, Pakistan Peoples Party (PPP) Chairman Bilawal Bhutto Zardari said on Sunday that the party workers were now out on the streets to send the ‘selected’ government home.

Addressing a mammoth public gathering at Sial Sharif on the occasion of former PTI ticket holder from NA-92, Pir Sahebzada Naeemunddin Sialvi joining PPP formally with his associates, the PPP Chairman said that it would be written in history in golden words that these were the PPP jiyalas (activists) who kicked the Pakistan Tehreek-i-Insaf (PTI) government out of the corridors of power.

“Shaheed Zulfikar Ali Bhutto gave us four principles for the party and Shaheed Mohtarma Bezair added another one. Islam is our religion, democracy is our politics, equality is our economy, all powers to the people and martyrdom is our goal, are the five principles,” he said while welcoming Pir Sahebzada Naeemuddin Sialvi to the party of martyrs.

Chairman PPP said that Shaheed Zulfikaar Ali Bhutto and Shaheed Mohtarma Benazir Bhutto made this party the voice of innocent to give them their rights. They faced dictators like General Ayub, General Zia and General Musharraf. Now, we will start our march from Karachi to dislodge this puppet Imran Khan and put our demands before everyone in Islamabad. This government has destroyed the country in the name of change. We know that the deal with the IMF is not in the interest of the people as it compromises on our sovereignty.

Bilawal Bhutto Zardari said that we held Kissan marches all over the country to express solidarity with them. Our growers are thrown from pillar to post for a bag of urea. The growers are not given the appropriate support prices of their crops. This puppet has destroyed the agriculture of the country, which is the backbone of our economy.

He said that whenever the PPP is in power, from the time of Shaheed Zulfikar Ali Bhutto to Shaheed Benazir Bhutto and President Asif Ali Zardari, it gives relief to the growers, labourers, students, pensioners and the salaried class while dealing with poverty, unemployment and price-hike.

Chairman PPP said that economic, political and human rights are under attack by this puppet. If the people of Punjab support the PPP like they had supported Shaheed Zulfikar Ali Bhutto and Shaheed Mohtarma Benazir Bhutto, then Imran Khan will have no place to hide. The people will not listen to the lies of the selected because they have had enough.

He went on to say that the ‘selected’ Prime Minister Imran Khan had promised to provide 10 million jobs to the youth after coming to power. “But the truth of the matter is that people have been rendered jobless instead, and the agriculture sector has also been destroyed,” he added.

The selected had come to power by saying that corruption would be eradicated but during the last three years, it has reached record-breaking heights. Transparency International has said that there is historic corruption during this government. The puppet and his ministers say that the economy is progressing but the people are not ready to listen to their lies anymore. Imran Khan is responsible for this historic price-hike.

He accused the government of compromising on the country’s economic independence. “The deal struck by the government with the International Monetary Fund (IMF) is in fact anti-poor,” he said and added now even Transparency International had certified that record corruption had taken place under the very nose of Imran Khan.

The PPP chairman further said that the government was attacking people’s democratic and economic rights. “Imran Khan, I am telling you, once you are out of office, you will find no place to hide,” he warned.

Bilawal claimed that PPP believed in serving the masses. “We have faced dictatorships in the past, and we are the ones who will pull the country out of all crises,” he boasted. He said that PPP would set out on a long march towards Islamabad from Karachi on February 27. “And when we will reach Islamabad, the world we see how we present our demands there,” he concluded.

Earlier, Bilawal arrived in Sial Sharif in Sargodha Sunday afternoon on a helicopter to address the public meeting. All arrangements for the public rally were in place at Sial Sharif on Jhang-Sargodha Road. Three containers were used for erecting the central stage and huge screens were installed for a wide coverage of the event.

A separate container is reserved for the media people. A massive convoy led by Aslam Gill, Usman Malik and Rana Irfan has left Lahore for Sargodha to participate in the PPP rally.

Convoys from Sahiwal, Okara, Pakpattan, Sheikhupura, Nankana, Kasur and Joya consisting of hundreds of vehicles will be reaching at the venue in the afternoon. Convoys from big cities like Rawalpindi, Faisalabad and Gujranwala will arrive through Motorway. =DNA