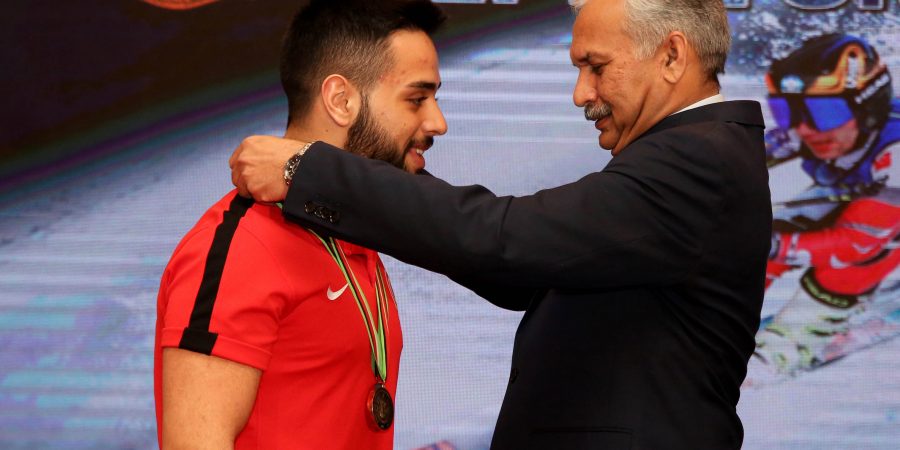 ISLAMABAD, FEB 4 (DNA)- Air Chief Marshal Mujahid Anwar Khan, Chief of the Air Staff, Pakistan Air Force has thanked the international players for their participation in Ski events and hoped that they would take along cherished memories of Pakistan’s magnificent beauty and traditional hospitality.

He urged the foreign players to act as the ambassadors of Pakistan and portray the true picture of this land of wonders in their respective countries. 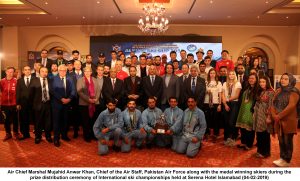 On his arrival, the chief guest was received by Air Marshal Aasim Zaheer, President Winter Sports Federation of Pakistan.

Acknowledging the sincere contributions of Serena Hotels to the promotion of Winter Sports in the country, he invited the corporate sector to sponsor young and talented players in this exciting sport.

He further said that Pakistan Air Force in collaboration with Serena Hotels has chalked out a comprehensive plan to promote Winter Sports in the snowy mountains of Gilgit Baltistan and Khyber Pakhtunkhwa.

He also lauded the efforts of Winter Sports Federation of Pakistan in the promotion of winter sports in the country and added that it would not only help in finding new talent but also promote tourism industry in the country.

The chief guest awarded medals and cash prizes to the winning players. Ukrainians carried the day as Levko TSIBELENKO won 01 gold and 03 silver medals, while his countryman Andriy MARIICHYN won 01 gold and 03 bronze medals in the Slalom and Giant Slalom categories of both International events.

The Giant Slalom category was dominated by Usta Berkin from Turkey, who clinched both gold medals in the races.  Pakistani Olympian, Muhammad Karim won 01 silver and 01 bronze medal in the Slalom category.

In the women events, Ukrainian duo, Tetyana Tikun with 03 golds & 01 silver whereas Anastasia Gorbunova with 01 gold and 03 silver medals remained unassailable in both categories.

Pakistani skier Umama Wali also performed well in the women events and ended on the podium with 03 bronze medals while her compatriot Gia Ali could win 01 bronze medal in the Slalom event. Meanwhile, at the national level the coveted trophy for 26th National Ski Championship was awarded to PAF.=DNA