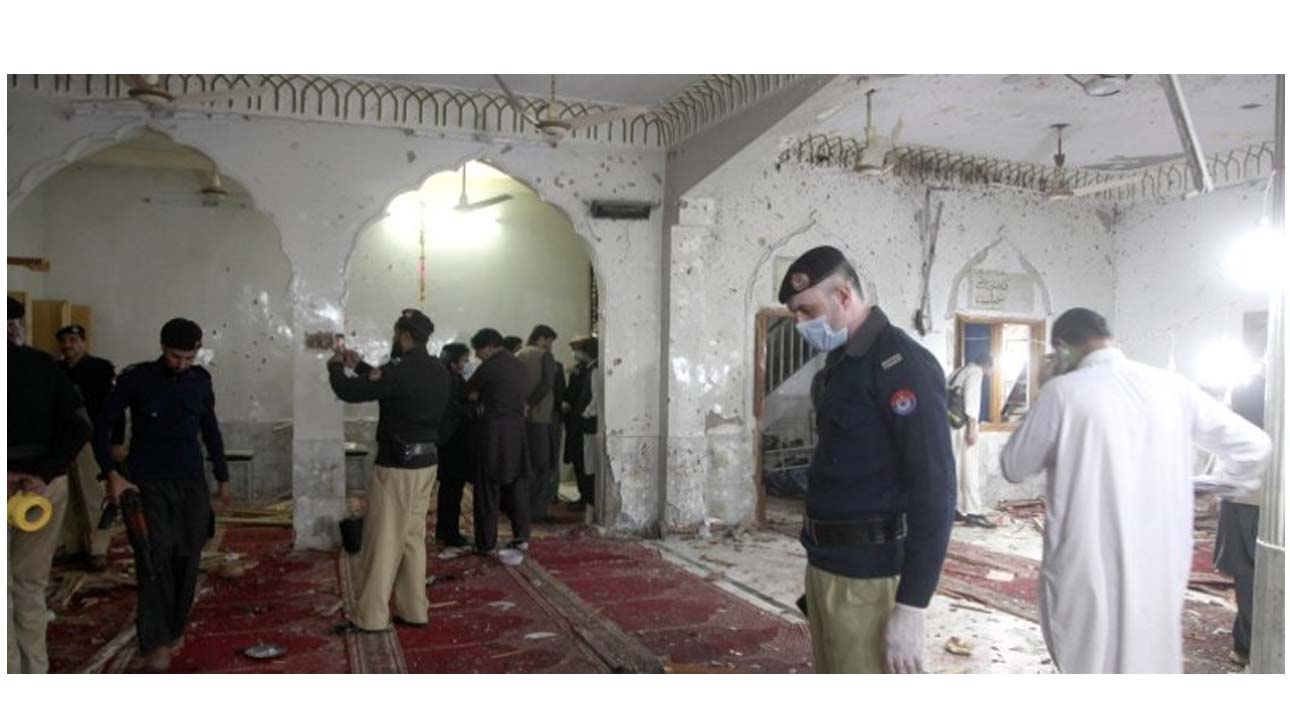 PESHAWAR/ISLAMABAD, MAR 4: A powerful explosion inside a mosque here Friday martyred at least  56  worshipers and injured over 50 at Kocha Risaldar near Qissa Khwani bazar, Lady Reading Hospital spokesman, Muhammad Asim said. Swish Ambassador to Pakistan Mr. Benedict in his Twitter message condemned the blast and expressed solidarity with the victims’ families. Ambassador of Azerbaijan Khazar Farhadov in his Twitter message also condemned the incident and share grief of the victim families.

Talking to media persons here, the spokesman said that 30 bodies were brought to the hospital and 50 injured.He said conditions of 15 patients were critical. Emergency has been enforced in hospital and doctors on leave were called for duties. Police said the explosion ripped through a central  mosque at Kocha Risaldar at Qissa  Khwani where people were gathered for Friday prayers.

Special Assistant to the Chief Minister KP Barrister Muhammad Ali Saif told media that a huge blast was heard in the mosque after two attackers exchanged firing with police deployed for security of the mosque.

The police and rescue workers rushed to the site of explosion and shifted the injured to Lady Reading hospital Peshawar.

Interior Minister Sheikh Rashid Ahmed strongly condemned the Peshawar blast at a mosque in Qissa Khawani Baazar in which several people have lost their lives and many others received injuries.

According to a statement issued here, he said, it was a planned bomb attack to disrupt peace and tranquility of the capital city of the province adding there was no threat received about any untoward incident in this area. However, he said the law enforcement agencies have been directed to take all possible measures to ensure security in the area.

Minister said that he has sought a report from the Chief Secretary and Inspector General Police Khyber Pakhtunkhwa.He expressed grief and sorrow over the loss of precious lives in the blast. Sheikh Rashid also extended condolence to the families of the deceased.

In a statement, he expressed profound grief and sorrow over precious loss of lives and condoled with victim families.He directed rescue agencies and district administration to expedite rescue operations.

He directed administration of all hospitals to ensure the provision of best medical treatment to the injured.Chief Minister directed the ministers Barrister Muhammad Ali Saif and Kamran Bangash to supervise the relief operations and the provision of medical aid to the injured. He also sought a report of the incident from the IGP Khyber Pakhtunkhwa.