LAHORE: Tehreek-e-Labbaik Pakistan (TLP) chief Khadim Hussain Rizvi has passed away, family sources informed Geo News on Thursday. The TLP leader was suffering from fever since the past few days, confirmed family sources and had complained about the fever as he led a protest at the Faizabad Interchange a few days ago. After Khadim Hussain Rizvi’s health deteriorated, he was taken to Sheikh Zayed Hospital today at 8:45 pm. He had expired before arriving for treatment, confirmed hospital sources. They added that those who accompanied Rizvi to the hospital did notRead More 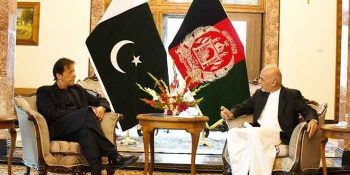 KABUL: Prime Minister Imran Khan during his visit to Afghanistan on Thursday said that Pakistan will do its utmost [best] to end violence and establish peace in Afghanistan. He was holding a press conference alongside the Afghan President Ashraf Ghani. “The people and government of Pakistan have only one concern, and that is to establish peace in Afghanistan because the people of the country have suffered for four decades.” He said that even though Pakistan played its role in getting the Taliban to talk to the Americans as well asRead More 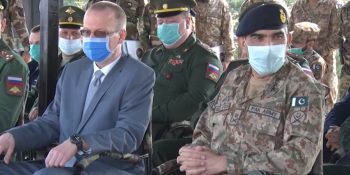 Islamabad, 19 November 2020 : Pakistan strongly condemns the extra-judicial killing of four more innocent Kashmiris in a fake encounter outside the city of Jammu by the Indian occupation forces in Indian Illegally Occupied Jammu and Kashmir (IIOJK). In the last one year alone, Indian occupation forces have martyred more than three hundred innocent Kashmiris, including women and children, in fake encounters and so-called “cordon and search” operations in complete violation of the fundamental precepts of international humanitarian law. The toxic ‘Hindutva’ ideology, preached and practiced by the RSS-BJP mix, has resultedRead More 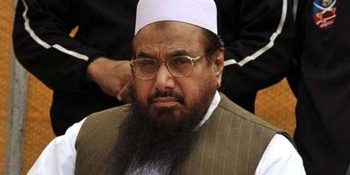 LAHORE : An anti-terrorism court (ATC) in Lahore on Thursday sentenced the leader of the outlawed Jamaat-ud-Dawa (JuD) Hafiz Saeed to 10 years and six months of imprisonment for being involved in an illegal funding case. The court has also fined Saeed with a hefty amount of Rs110,000 and ordered the confiscation of his properties. Last week, the ATC had sentenced three other JuD leaders to imprisonment, including Zafar Iqbal, Yahya Muhajid, and Hafiz Abdul Rehman Makki for illegal funding. Malik Zafar Iqbal and Yahya Mujahid were ordered to spend 16 yearsRead More 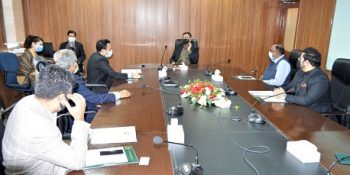 Islamabad (DNA)  : Asad Umar, Federal Minister for Planning, Development and Special Initiatives has assured that he would fully support the ICCI in its endeavours for the establishment of a new industrial estate near Islamabad so that industrialization would flourish in the region. He stated this while addressing a delegation of Islamabad Chamber of Commerce & Industry, which called on him led by Sardar Yasir Ilyas Khan, President. Khalid Javed, Shaban Khalid, Ch. Nadeem Gujjar and Taha Akbar Ansari were in the delegation. Asad Umar fully endorsed the proposal ofRead More