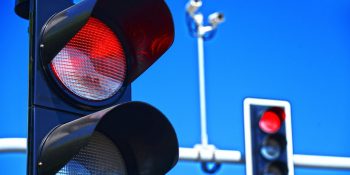 ISLAMABAD, Dec 14 (DNA): Tahir Abbasi Senior Vice President and Saif ur Rahman Vice President, Islamabad Chamber of Commerce & Industry (ICCI) said that MCI had unilaterally and illegally made 300 percent increase in trade license fee on which traders have many reservations. They said this while talking to a delegation of local traders during their visit to ICCI.   They said that business community was not against payment of tax, but making increase without following set procedure was unjustified. They said that at the one hand, MCIRead More 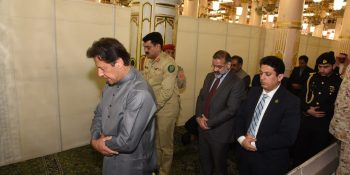 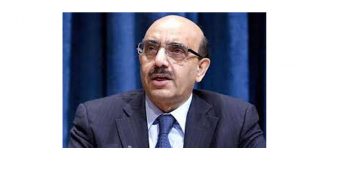 ABBOTTABAD, December 14: The AJK President Sardar Masood Khan has cautioned that India’s Hindu fanatic RSS outfit is imparting military training to hundreds of thousands of men and women, and is threatening to wipe out Pakistan from the world map while Indian Defense Minister Rajnath Singh is talking about striking Pakistan’s sovereignty and capturing Azad Kashmir. “Instead of declaring dangers from India mere apprehensions, there is a need to prepare the whole nation particularly the youth to counter any Indian aggression,” he added.   Addressing an event on “Kashmir RequiresRead More 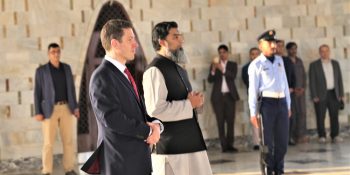 The British High Commissioner (Designate) to Pakistan Dr Christian Turner made his inaugural visit to Karachi on Friday. During his trip to the port city and economic hub of Pakistan, Dr Turner hosted a dinner for the selected delegates, partners and curators of the WOW – Women of the World festival which is being organised by the British Council in Pakistan, together with the WOW Foundation and Southbank Centre. Dr Turner also visited the Mazar-e-Quaid (the final resting place of the founder of the nation Quaid-e-Azam Muhammad Ali Jinnah) andRead More 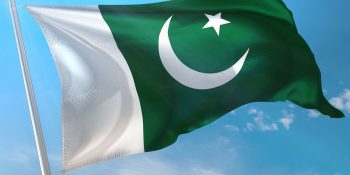 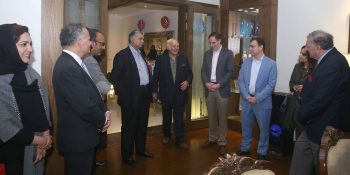 ISLAMABAD, DEC 14 (DNA) – Former Senator Enwer Baig hosted Christmas dinner at his residence. A large number of diplomats and his Pakistani friends were invited to be part of Christmas celebrations. Charge d Affaires of American Embassy Paul Jones attended the reception as guest of honour. Senator Baig in his brief remarks welcomed the guests and wished them very happy Christmas. He said on the Christmas he would like to wish all friends a very merry Christmas and the chance to do lots more fishing in the NewRead More