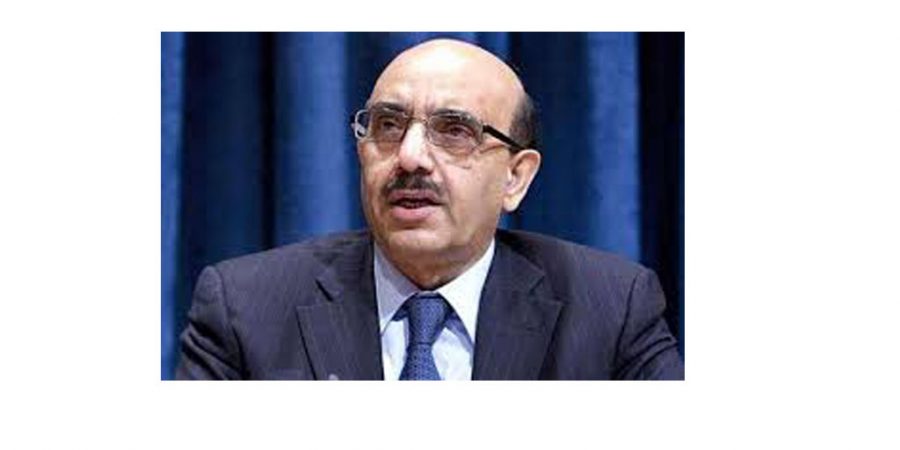 ABBOTTABAD, December 14: The AJK President Sardar Masood Khan has cautioned that India’s Hindu fanatic RSS outfit is imparting military training to hundreds of thousands of men and women, and is threatening to wipe out Pakistan from the world map while Indian Defense Minister Rajnath Singh is talking about striking Pakistan’s sovereignty and capturing Azad Kashmir. “Instead of declaring dangers from India mere apprehensions, there is a need to prepare the whole nation particularly the youth to counter any Indian aggression,” he added.

Addressing an event on “Kashmir Requires Attention” at Ayub Medical College here on Saturday, he said that India’s action of August 5 under which the held state was bifurcated and was turned into an Indian colony, was part of a big plan designed to carry out systematic carnage of Muslims and to compel them to quit Kashmir.

He asserted that seeing gravity of the Kashmiris’ struggle which they have been carrying on for the last 132 years, the incumbent Indian government had stripped Kashmir of its special status, and turned it into a municipality. He said that thousands of Kashmiri youth have been arrested while the whole political leadership is behind the bars.

The AJK president said that at present, the global media was highlighting the real picture of occupied Kashmir, while voices for the rights of Kashmiri people are rising in the world’s influential parliaments including the US Congress, but unfortunately, the United Nations and the important capitals of the world are still silent or their reaction over happenings in Kashmir is disappointing. “The followers of Hindutva policy desire to crush the Muslims not only in Pakistan and Kashmir but also the entire South Asia,” he added.

Sardar Masood Khan stressed the youth to , on the one hand, get access to International community to change its mindset, and on the other, to apprise the world of the situation of Jammu and Kashmir, and also play their role to make Pakistan a strong and stable state strengthening its economy and defense.

Earlier in his opening address, Prof. Dr. Omar Farooq of Ayub Medical College expressed the hope that Kashmir conflict would be peacefully and immediately resolved in accordance with the aspirations of Kashmiri people.

Leader of All Parties Hurriyat Conference Abdul Hameed Lone while throwing light on the latest situation of occupied Kashmir and the Indian brutalities, urged the youth to raise their voice for the rights of their brethren on the other side of the Line of Control.