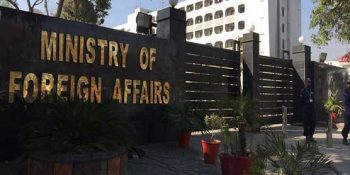 ISLAMABAD, NOV 9 (DNA) Pakistan on Saturday expressed dismay over the verdict of Indian Supreme Court saying the decision has, once again, failed to uphold the demands of justice.   As the United Nations recently noted that Indian Supreme Court’s response to human rights petitions in the context of Indian Occupied Jammu & Kashmir was slow, this decision points out that when it acts, it is unable to protect the interests of India’s minorities.   The Foreign Office spokesman said this decision has shredded the veneer of so-called secularism ofRead More 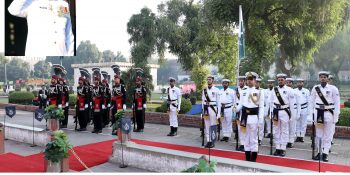 Islamabad, 09  Nov 19:           Animpressive Change of Guards Ceremony was held at Mausoleum of Dr. Allama Muhammad Iqbal as the entire nation celebrated 142nd birth anniversary of National Poet, who envisioned a separate homeland for Muslims of British India. A smartly turned out contingent of Pakistan Navy clad in immaculate whites, assumed ceremonial guard duties with traditional spirit and enthusiasm. Contingents of Pakistan Navy and Pakistan Rangers formed up outside the Mazar and took positions alongside where both the outgoing and incoming guards were inspected by Station Commander (Navy) Lahore,Read More 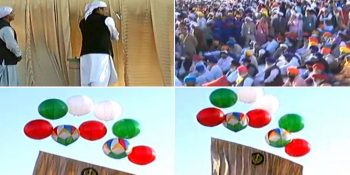 KARTARPUR – India’s former prime minister Manmohan Singh has on Saturday said that the opening of Kartarpur Corridor will significantly improve bilateral ties between Pakistan and India, Dunya News reported. Manmohan Singh and Indian Punjab Chief Minister Amarinder Singh arrived at Gurdwara Darbar Sahib Kartarpur with a Sikh delegation as gates of the passage at zero point were opened today. Pakistani officials welcomed the Sikh pilgrims. Manmohan Singh termed it as a “big moment.” Amarinder Singh said the Sikh community has been waiting for a free passage for 70Read More 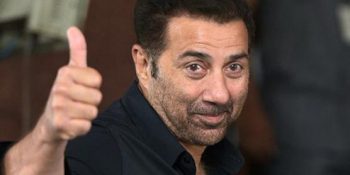 KARTARPUR (– Indian actor and Bharatiya Janata Party (BJP) leader Sunny Deol was on Saturday spotted sitting beside Punjab Chief Minister Sardar Usman Buzdar during the inauguration ceremony of the Kartarpur Corridor. Sunny Deol, who is also a Member of Indian parliament, was earlier quoted as saying by the ANI, “If I won’t go [to Kartarpur], who will? I’ll definitely go. It is my area and my home.” On the other hand, Usman Buzdar said in a statement that Kartarpur is a passage of peace and a historic step takenRead More

KARACHI (DNA) – Chief Executive Officer (CEO) Pakistan International Airline (PIA) Air Marshal Arshad Malik in a video message said that the efforts for improvement had started yielding results in the PIA in just one year’s time despite of challenges ahead. He said that PIA’s revenue during past six months had increased bymore than 40 percent; seat factor also improved and was now between 80 to 84 percent which was considered a good performance indicator in the aviation industry, said a statement issued by PIA here. The cargo spaceRead More