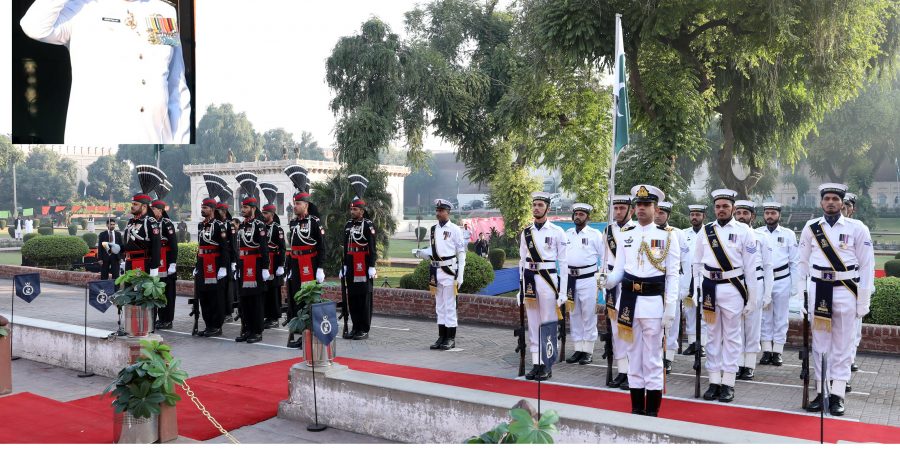 A smartly turned out contingent of Pakistan Navy clad in immaculate whites, assumed ceremonial guard duties with traditional spirit and enthusiasm. Contingents of Pakistan Navy and Pakistan Rangers formed up outside the Mazar and took positions alongside where both the outgoing and incoming guards were inspected by Station Commander (Navy) Lahore, Commodore Muhammad Neimatullah.

Marching to the band tunes, the Naval Contingent took positions at the four corners of the Mazar. Meanwhile, Rangers ceremoniously moved out of the Mazar lead by their Officer-in-Charge.

The ceremonial Guard mounting was followed by floral wreath laying at the Mazar of National Poetby Station Commander (Navy) on behalf of Chief of the Naval Staff, Officers, Sailors and Civilians of Pakistan Navy. Later on, Station Commander offered Fateha and recorded his impressions in the Visitor’s Book.

The ceremony was observed by a large number of military & civil officials, school children and general public. 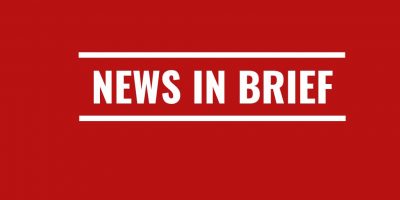