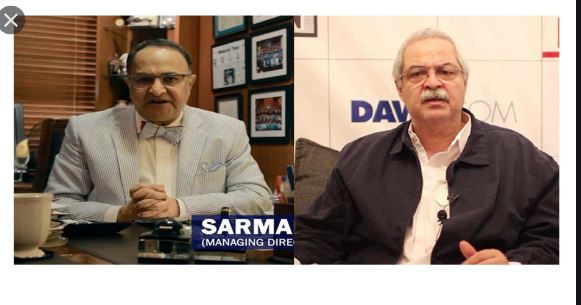 KARACHI, OCT 25 (DNA) – The APNS expresses its appreciation over the release of the abducted Geo News and Jang group senior reporter Ali Imran Syed after 22 hours on the strong protest of media and human rights organisations.

Mr Hameed Haroon President and Sarmad Ali Secretary General of All Pakistan Newspapers Society have stated that the disappearance of Mr Ali Imran was strongly condemned as a pressure tactic on journalists and the media in performing their professional duties.

The APNS office bearers thanked the Prime Minister for forming a fact finding committee in this regard and hoped that this will help identify elements involved in activities of harassing the media.

The APNS office bearers stated that there is an increasing perception that the freedom of press is being eroded and physical as well as financial security of journalists and media is being targetted.

These practices have resulted in hampering and distorting the democratic despensation as well as development of a civilised society in Pakistan. The peoples right to know and freedom of press must be respected for the formation of a country where rule of law prevails.

They urged upon the government to provide security to and protect the lives and freedom of journalists.=DNA