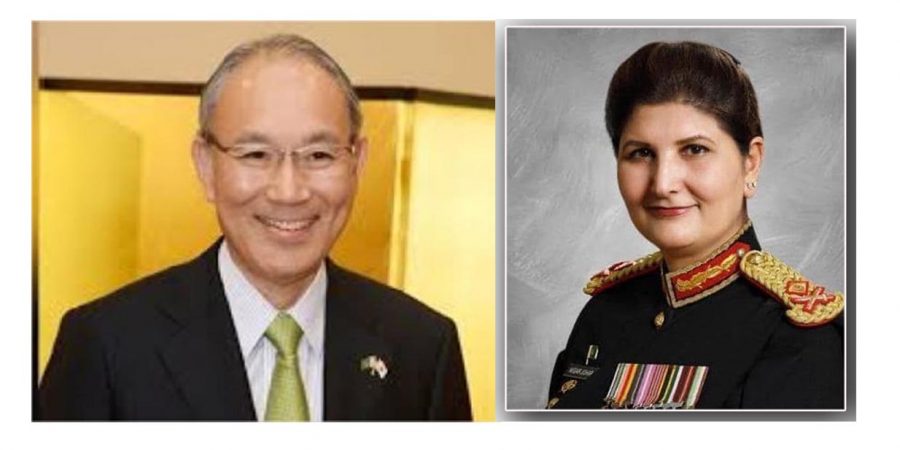 ISLAMABAD, JULY 1 – MATSUDA Kuninori, Ambassador of Japan to Pakistan, has extended his heartfelt congratulations to Lieutenant General Nigar Johar for becoming the Pakistan army’s first female officer to be promoted to that rank, saying this should indeed be a moment of pride and inspiration for all Pakistani women.

Ambassador MATSUDA has commented on Wednesday, “my heartfelt congratulations to Lt Gen Johar and her family for achieving this milestone and making history. This is indeed a great inspirational success story for all the Pakistani women who must feel pride and encouragement for pursuing their dreams.”

The Ambassador further stated that empowering women is one of the most important tasks in Japan and that we are seeing an increase in the number of female members of Japan’s Self-Defense Forces. In addition to Lt Gen Johar’s achievement, the Ambassador congratulated Pakistan’s efforts on promoting women’s empowerment in various fields of society. “We have been extending support and cooperation to the Government of Pakistan as well as to the private institutions by funding projects such as girls’ education, women’s skill development and vocational training and so on,” added the Ambassador.

Ambassador MATSUDA reiterated his resolve that the Government of Japan would continue extending support to further empower and strengthen the Pakistani women as their effective participation in the progress and development of the country is very pivotal.