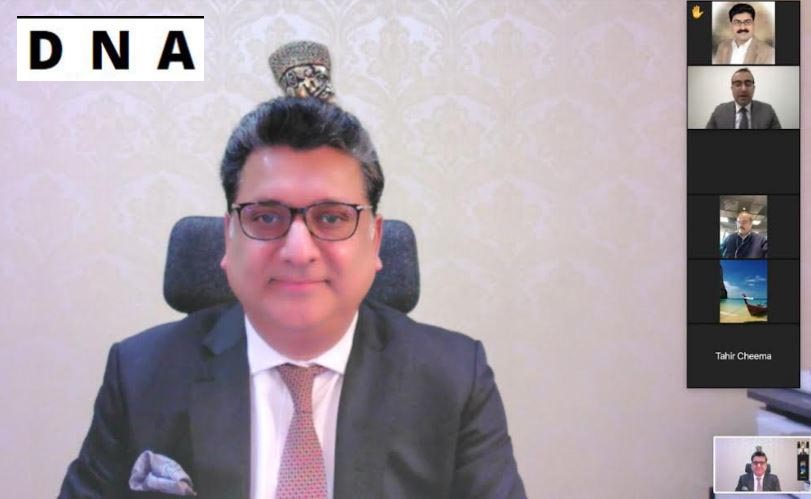 Brussels, NOV 30 /DNA/ – The Embassy of Pakistan, Brussels, organized the 11th Khuli Katchery in a virtual format with the Pakistani diaspora in Belgium and Luxembourg.

Talking about various initiatives of the Government to facilitate Overseas Pakistanis, the Ambassador of Pakistan to Belgium, Luxembourg and the EU Mr. Zaheer A. Janjua referred to the establishment of tax facilitation points at Pakistan’s international airports and border crossings for the facilitation of the overseas Pakistanis.

The Ambassador also highlighted the recently introduced online system for attesting power of attorney and setting up of facilitation desks by the government in various ministries and divisions to facilitate the diaspora.

Ambassador Janjua congratulated the community members on attaining the right to vote and stressed that the measure will enable them to exercise their due right by directly contributing in political decision making of the country.

Commending Omar Shayan Ahmed, a Pakistani origin boxer who recently won the Belgian under-18 National boxing title, Ambassador Janjua underscored that Pakistani athletes have tremendous potential and they are projecting positive image of the country.

Referring to the new wave of COVID 19, the Ambassador emphasised that precaution is the greatest defence against this pandemic. He encouraged the community members to follow the guidelines issued by the host Government.

The virtual interaction was attended by diaspora members from different walks of life. The community members conveyed their complete satisfaction with the services provided by the Embassy. They particularly praised the easy access and the forthcoming attitude of the Embassy to resolve the problems faced by the members of the Pakistani community in Belgium and Luxembourg.