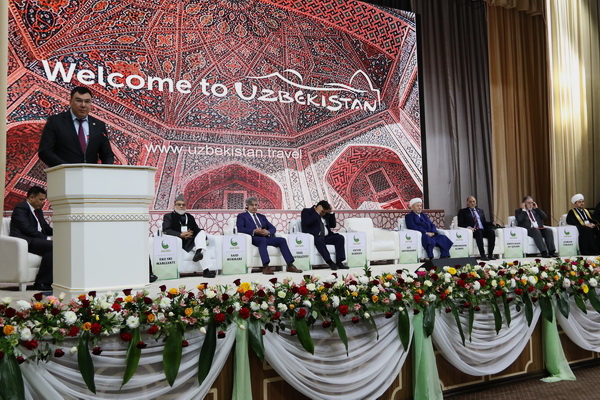 The forum was organized by the State Tourism Development Committee of Uzbekistan jointly with the khokimiyats of Bukhara and Samarkand regions, the Ministry of Foreign Affairs, the State Committee for Religious Affairs with the assistance of diplomatic missions of the Republic of Uzbekistan abroad.

The purpose of the event was to expand international cooperation in development of Ziyorat tourism, attracting direct investments in this area, recognizing Uzbekistan as one of the largest centers of pilgrim tourism in the world and introducing world standards Halal.

The forum was attended by domestic and foreign scientists, theologians, experts and experts in the field of ziyorat tourism. 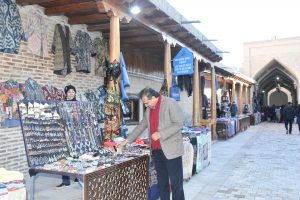 The opening speech was delivered by the Deputy Prime Minister of the Republic of Uzbekistan Aziz Abdukhakimov.

“On behalf of the Government of Uzbekistan, I welcome all the guests and participants of the Forum. Today Uzbekistan is one of the centers of world tourism, the keeper of the rich heritage of a large civilization, the “heart of the Silk Road”, a major international platform for discussing topical issues on the development of tourism ziyorat. In recent years, the tourist market of Uzbekistan has undergone significant changes.

The development of domestic and inbound tourism is observed. At the state level, the tourism industry is given priority as a strategic branch of the national economy. 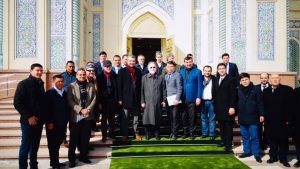 In 2018 alone, the number of foreign tourists increased from 2 million 600 thousand to 5 million 300 thousand people. Export of tourism services is growing in the same way, which has grown from US$546 million to US$1 billion 40 million.” Abduhakimov noted.

At the Forum, dedicated to the role of tourism in the development of tourism potential, guides working with foreign and domestic tourists take part.

According to these representatives of the tourist business, the main decision in the development of directions to the objects of pilgrimage for tourists is the competent organization of such tours, the provision of accurate information about the memorial objects and a reasonable distribution of the day of tourist groups for the Ziyorat tourism.

The forum was held to expand international cooperation in the development of Ziyorat tourism, to ensure international recognition of Uzbekistan as one of the largest centers of pilgrimage tourism in the world, to promote the republic among potential foreign tourists, pilgrims as an attractive tourist destination, attracting direct investment and introducing international standards halal

Today in Uzbekistan there are more than 7,000 priceless memorial monuments of historical material heritage – the main centers and destinations for the tourism in Uzbekistan.

A huge role is played by rich national traditions and values, emanating from the pre-Islamic period of civilization, thanks to which such priceless material objects were created.

The preservation of data objects, careful attitude and the creation of a competent and accurate informative base – one of the key decisions in the development of tourism, the forum participants.=DNA