Zardari is my next target, thunders PM Imran in the face of no-trust vote 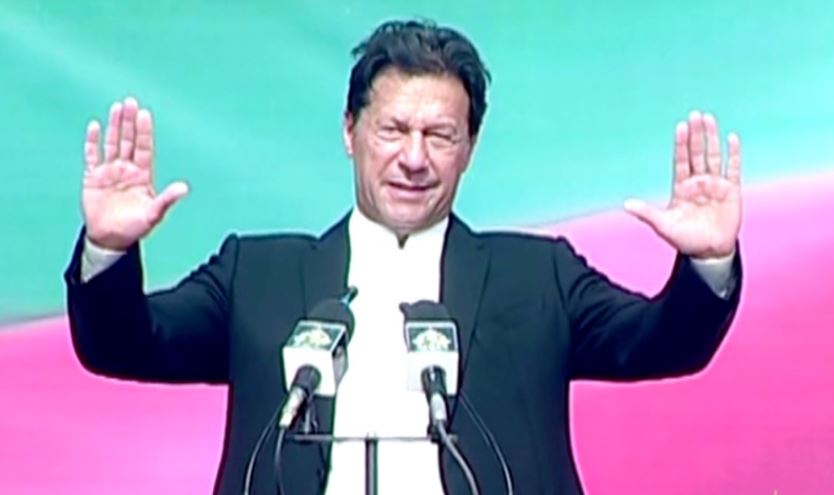 ISLAMABAD, MAR 9: Prime Minister Imran Khan on Wednesday said his “gun” was now aimed at PPP co-chairperson Asif Ali Zardari who he said was his “next target”.

The prime minister was addressing a rally in Karachi during a one-day visit to the city where he held a meeting with the leadership of Muttahida Qaumi Movement-Pakistan (MQM-P), an ally of his government in the Centre.

“Now my first target, who has been under my radar for a long time, is Asif Ali Zardari,” the prime minister said.

The premier also accused the former president of using the “police and thugs to get people killed”, engaging in theft and corruption and laundering money abroad.

“Asif Zardari your time is near,” he warned the PPP leader.

The prime minister also said that Zardari had kept funds to force PTI members to switch loyalties. “One of my MNAs told me he was offered Rs200 million,” he claimed.

He lashed out at the PPP co-chairperson for allegedly feigning health issues when he was summoned for hearings by the National Accountability Bureau in graft cases.

Turning his guns on other opposition leaders, the prime minister called PML-N President Shehbaz Sharif a “boot polisher”, saying he came up with different excuses every other time in courts to get hearings extended.

“Your time has come as well. You know that after the next three months you will be behind the bars,” the premier said.

He said Shehbaz had laundered billions of rupees to his son abroad, adding “I will further reduce electricity prices by retrieving money that Shehbaz’s son and son-in-law looted from the national exchequer.”

‘I will not spare you,’ Imran tells opposition

Talking about the opposition’s no-confidence motion against him, PM Imran said he had actually been waiting for such a move, underlining that the no-trust move amounted to the opposition’s “political death”.

“I’ve been waging a struggle against these thieves for 25 years because I am fighting for my country.”

He said he was busy for the past three-and-a-half-year in “stabilising the country amid “various disruptions”, warning the opposition that it should now brace for his response.

“I was thinking that somehow if only I could get a hold of their neck… the God listened to my prayer and they submitted a no-trust move. Now they have been trapped and their no-confidence move is going to rebound on them.”

He said his plan for the time ahead was also “ready”.

“I won’t stop when we hopefully win [against] the no-confidence motion. I will go after them (the opposition) and won’t spare them. My hands which had been chained will now be untied,” the PM thundered.