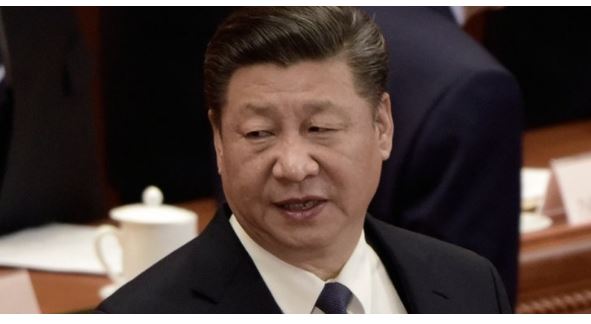 Chinese President Xi Jinping told his U.S. counterpart Joe Biden on Friday that conflicts and confrontations such as the events unfolding in Ukraine are in the interests of no-one, according to Chinese state media.

State-to-state relations cannot advance to the stage of confrontation, and conflicts and confrontations are not in the interests of anyone, Xi told Biden on a video call.

“The Ukraine crisis is something that we don’t want to see,” said Xi.

Xi said China and the United States must guide bilateral relations along the right track, and both sides should also shoulder due international responsibilities and make efforts for world peace.

China and the United States should “shoulder international responsibilities,” Xi was quoted as saying, as well as declaring that “peace and security are the most valued treasures of the international community.”

It was not immediately clear if Xi made any direct criticism of Russian President Vladimir Putin‘s onslaught against Ukraine or expressed willingness to assist the US-led pressure campaign on the Kremlin.

In their first call since November, Biden hoped to persuade Xi to at least give up any idea of bailing out Russia.

China should “understand that their future is with the United States, with Europe, with other developed and developing countries around the world. Their future is not to stand with Vladimir Putin,” Deputy Secretary of State Wendy Sherman told CNN earlier Friday.

So far Beijing has refused to condemn its fellow authoritarian ally, and Washington fears China could deliver financial and military support for Russia, transforming an already explosive transatlantic standoff into a global dispute.

If that happened, not only could Beijing potentially help Putin to weather sanctions and continue his war, but Western governments would face the painful decision of how to strike back at the world’s second-biggest economy, likely prompting turmoil on international markets.

The White House was tight-lipped on whether Biden would threaten China with economic sanctions during his call, but some sort of response was on the table.

Biden “will make clear that China will bear responsibility for any actions it takes to support Russia’s aggression and we will not hesitate to impose costs,” Secretary of State Antony Blinken said ahead of the call.

Blinken urged China to use its “leverage” on Moscow.

Against a backdrop of already intense US-Chinese tensions over Taiwan and trade disputes, the ability or failure of Biden and Xi to come to an understanding on the unfolding mayhem in Europe will reverberate widely.

Xi and Putin symbolically sealed their close partnership when they met at the February Winter Olympics in Beijing — just before Putin launched his onslaught on Ukraine.

Since then, Beijing has stood out by refusing to join international outcry over the invasion, while taking the Russian line in blaming the United States and NATO for European tensions. Chinese authorities even refuse to refer to the invasion as a “war,” again in keeping with Kremlin talking points.

Brookings Institution fellow Ryan Hass, a former advisor on China to president Barack Obama, said Beijing has to sort through its clashing priorities.

Despite the coziness with Moscow, China — the world’s biggest exporter — is tightly bound to the US and other Western economies. It also wants to play a leadership role in the world.

“President Xi is trying to balance competing priorities. He really places a lot of value in China‘s partnership with Russia but at the same time he does not want to undermine China’s relations in the West.”