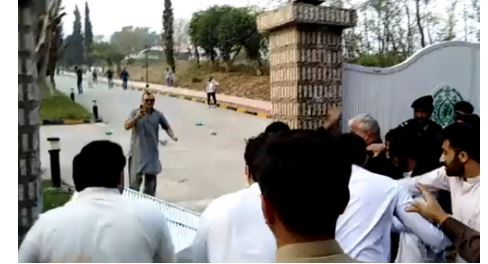 ISLAMABAD: PTI supporters on Friday forcibly entered the Sindh House in Islamabad after protesting outside for hours against dissident MNAs who are staying in the building.

Television footage showed PTI workers climbing over the walls of Sindh House with some of them later breaking down the doors to enter the building. They also carried lotas in protest against “turncoats”. Islamabad police later cleared the area and took some of the protesters into custody.