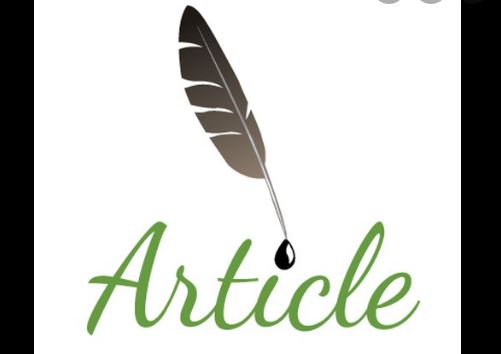 People of Western origin and typically their rulers, lose breath chanting about their “values-based” system. They take pride in declaring their high moral standards and “human values”. But, their actions tell a totally different story.

For the last ten years the Russian Federation has been bringing forward a resolution against the Glorification of Nazism in the World. Every year this resolution is passed, and just like all UN General Assembly resolutions it is recommendatory rather than mandatory.

A similar resolution “Combating glorification of Nazism, neo-Nazism and other practices that contribute to fuellingcontemporary forms of racism, racial discrimination, xenophobia and related intolerance” was passed on 16th of December 2020. According to UN records, 130 countries supported this resolution, 51 countries abstained, and two countries voted against it. Take a guess, which were these two countries? They were USA and Ukraine.

Please note that this resolution is not about combating fascism in Ukraine. It has global character, but USA and Ukraine favored the glorification of fascism and racism.

Among the countries, which abstained are the countries, which were the first ones to raise hue and cry against the Russian special military operation against Nazism in Ukraine. Such countries, withholding “high standards of morality”, include Sweden, Estonia, Poland, Denmark, Germany, France, Latvia, Czech Republic, Australia, Austria, Georgia, and many more of the members of this wolf pack.

A vast majority of this world (130 countries) want to act against the glorification of fascism, racism, xenophobia, and Nazism, but the flag carriers of “values-based” system are not with them.

When Pakistan wanted to abstain from taking sides in case of a resolution against Russia, the diplomatic envoys of half of these abstaining countries (EU members, Canada, and Australia) tried to pressure Pakistan into taking sides.

But did these countries ever have the courage to challenge Fascists, Nazis, and ultra-nationalists? The answer is NO.

Let me just tell you, how strong and legally protected are Neo-Nazi groups in these countries. In Latvia, the victory day parade, which glorifies the millions of people from various countries, who sacrificed their lives fighting against Hitler’s Nazi Germany and the veterans of WWII, was cancelled and in its place Neo-Nazis hold a parade, every year, glorifying those Latvians, who were part of Hitler’s SS or German Waffen SS or the Latvian Legion. This fascist SS comprised of ethnic Latvians, who fought for the cause of Hitler. And mind you after WW2 in 1946 this Waffen SS was declared as a criminal outfit.

In Estonia veterans of the Nazi SS are free to march through the streets of its capital Tallinn. Swedish and Danish citizens make no secret of joining all and any white supremacist groups and travel feely to every nook and corner of the globe to participate in uprisings and attempted coups.

Similar acts of glorification, in many of the countries, which always abstained from voting against the glorification of fascism, are recorded and the respective governments never take any legal action against such shows of support for Nazism.

We all remember how Collin Powell demonstrated a vile containing some powder and declared that Iraq was developing biological and chemical weapons. This shameless demonstration of baking soda, became the reason to legitimize NATO’s invasion of Iraq. But, on the other hand USA is running biological weapon research facilities in Ukraine, and any claims in this regard are just “Russian propaganda”. Although, US undersecretary of state for political affairs, Victoria Nuland, confessed during a congressional hearing recently that US does have such labs and research facilities in Ukraine, and that they are making sure that Russians could not gain access to these facilities and obtain evidence of US criminal activities in Ukraine.

Can there be a more obvious double standard than this? US led NATO can invade sovereign Iraq on the basis of inexistent biological weapons facilities, but now the Americans and their “civilized” allies are doing their best to not allow Russia to discover their crimes against humanity.

Victoria Nuland travelled to Kiev and distributed cookies among the violent neo-Nazi hoodlums during the 2013-2014 uprisings. American ex-servicemen travelled to Ukraine during the 2014-2021 and trained the AZOV battalion gangsters. I think, now you can understand, why the United States of America, along with Ukraine, always opposed the ratification and implementation of a resolution:“Combating glorification of Nazism, neo-Nazism and other practices that contribute to fuelling contemporary forms of racism, racial discrimination, xenophobia and related intolerance”.

As we are talking about hypocrisy and double standards, let me give you an example close to home. On the official UNESCO YouTube channel they have posted a documentary called “A journey of courage”. This documentary is about freedom of speech, access to information and courageous journalistic work. But, the posting organization has turned off comments on this documentary. I can’t help asking: “Why can’t people express their opinions about this documentary, which is about freedom of speech?” As a popular Pakistani journalist used to say: “Kia yehkhulatazadnahinhai? (Isn’t this an obvious double standard?)”