World must not abandon Afghanistan to prevent any humanitarian crisis: Farrukh 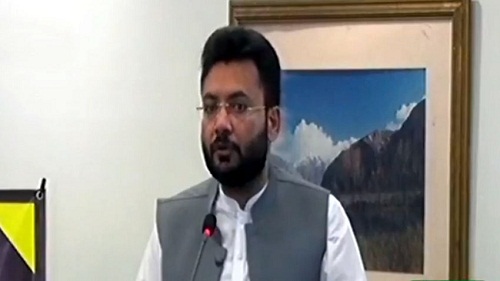 Islamabad : Minister of State for Information and Broadcasting Farrukh Habib says the world must not abandon Afghanistan to prevent any humanitarian crisis in the country.

Addressing a conference about reconstruction of Afghanistan in Islamabad on Thursday, he said the world must accept the new reality in Afghanistan and support them.

The Minister of State said Pakistan has been making efforts for an inclusive government consisting of all stakeholders so that the country does not face any civil war. He said Pakistan would continue playing its role of partner in peace.

He said the Afghan people should have full opportunities to grow along with the world.

Farrukh Habib said Prime Minister Imran Khan has been clear in his stance on Afghan issue and he always stressed on political solution to the conflict.

He said Pakistan is the only country that hosted four million Afghan refugees, and a large number of Afghans are still living in Pakistan.