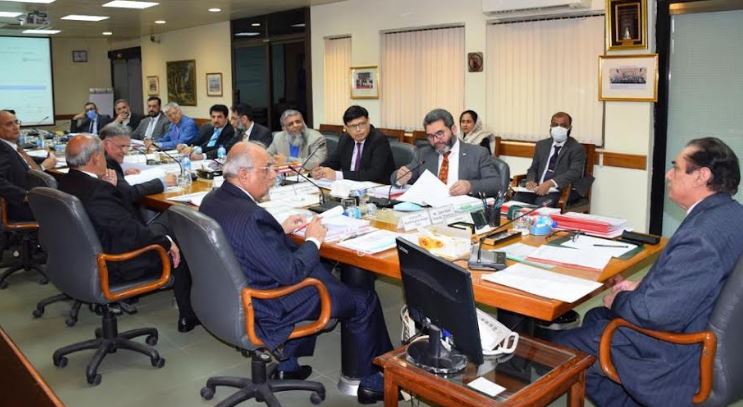 Islamabad: Apr 6, (DNA):-National Accountability Bureau (NAB) Chairman Honourable Justice Javed Iqbal has said that more than 50,000 character building societies have been set up in universities across the country to provide awareness to the youth about the dangers of corruption.
NAB’s anti-corruption awareness policy has been praised by Transparency International, World Economic Forum, Global Peace Canada, PILDAT and other reputable organisations.The National Accountability Bureau (NAB) has introduced a new concept of Combine Investigation Team (CIT) for effective investigation of cases, which has benefited from the experience and collective wisdom of the investigating officers and has not only verified complaints, inquiries and investigations but also completed them.On the contrary, out of 179 mega corruption cases, 66 mega corruption cases were brought to a logical conclusion by the esteemed accountability courts. He expressed these views while addressing a review meeting on NAB’s awareness policy.The meeting was attended by Deputy Chairman NAB Zahir Shah, Prosecutor General Accountability Syed Asghar Haider and other senior officials.The NAB Chairman said that the World Economic Forum and Transparency International have appreciated NAB’s anti-corruption awareness and prevention policy which is a source of pride for Pakistan.He said that under Section 33C of the NAB Ordinance 1999, the NAB has the power to raise awareness and prevent corruption.The NAB’s policy of educating the public about the ill effects of corruption has been successful.The NAB, in collaboration with various NGOs, media, civil society and other sections of the society, has launched an awareness campaign to educate the public, especially the youth, about the ill effects of corruption in such an early age.NAB’s media wing has effectively highlighted NAB’s awareness and remedial efforts through print, electronic and social media which has been appreciated by all sections of the society.He said that the present management of NAB has taken several steps to curb corruption. Excellent results of these measures have reported.He said that due to effective prosecution of NAB during the last four years from 2017 to December 2021, the accountability courts had convicted 1405 accused while the NAB had directly and indirectly recovered Rs 584 billions and the recovered amount have been deposited in the national treasury.Which is the best performance of NAB as compared to any anti-corruption agency.The money recovered by NAB was returned to thousands of victims of housing societies and various departments.He said that NAB was committed to bring mega corruption cases to a logical conclusion by following the policy of “Accountability for All” for complete eradication of corruption from Pakistan all the resources are being utilised to achieve the goal of corruption eradication.The logical conclusion of  corruption cases, assets in excess of sources of income, fraud / illegal housing societies / cooperative housing societies through mass fraud to the public and Mudaraba / Musharaka scandals to is the top priority of the NAB.He said that today NAB has become a dynamic and dignified institution.  About 1237 references of corruption are under trial right now in accountability courts across the country and their total value is about 1335 billion rupees.Reputable national and international organizations such as PILDAT, Mashal Pakistan, Transparency International, the World Economic Forum and Global Peace Canada have praised NAB’s anti-corruption efforts. According to a Gallup and Gilani survey, 59% of people trust the NAB, which is an expression of public confidence in the best performance of the NAB.He said that youth are our future and NAB has signed a memorandum of understanding with the Higher Education Commission to make the youth aware of the ill effects of corruption.The results of establishing youth character building societies in universities have been excellent.More than 50,000 character building societies have been formed across the country with regular meetings and are playing a vital role in creating awareness among the youth in universities and colleges about the ill effects of corruption.He said that the nation has now come to know that corruption is the mother of all evils and it needs to be tackled with iron fists.The NAB Chairman reiterated his commitment to eradicate corruption from the country and hoped that with the collective efforts of all the stakeholders, a corruption free Pakistan could be put into practice.He hoped that the joint efforts of all stakeholders could make the dream of a corruption free Pakistan a reality which is our goal.The NAB Chairman directed all the Regional Bureaus to treat all the persons visiting NAB with respect and no negligence would be tolerated in this regard.NAB is the focal institute of Pakistan under UN Convention against Corruption and  first chairman of SAARC anti corruption forum.NAB has also signed a unique Memorandum of Understanding (MoU) with China to enhance cooperation in tackling corruption and to monitor ongoing CPEC projects in Pakistan, which is an honor for Pakistan due to the efforts of NAB.

« Cooperating with autocrats: When is too much, too much? (Previous News)
(Next News) Opposition decides to hold session of its own at hotel after Punjab Assembly is sealed off »