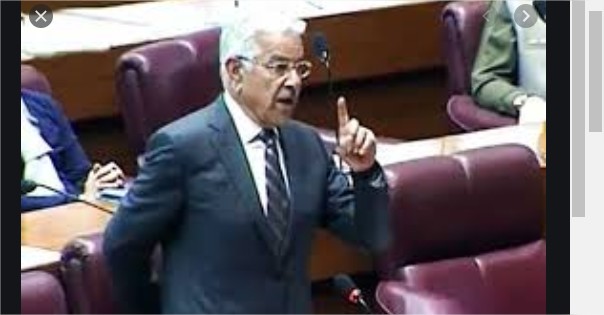 ISLAMABAD, AUG 12 (DNA) –  Pakistan Muslim League-Nawaz (PML-N) leader Khawaja Asif on Wednesday has announced to present privilege motion over including name of party lawmaker Rana Tanveer in the FIR filed against clash that erupted outside the National Accountability Bureau (NAB) office on the occasion of Maryam Nawaz’s appearance.

Addressing the National Assembly session, the PML-N leader said that Rana Tanveer’s name was illegally added into the FIR as he was present in the assembly at the time of the incident.

Meanwhile, Foreign Minister Shah Mahmood Qureshi also supported Khawaja Asif’s stance and said that putting name of Rana Tanveer on the FIR without reason is not right as he was in the session and had no hand in the clash.

The reaction came day after a clash erupted between outraged PML-N workers and police as Maryam Nawaz reached the NAB office in a case pertaining to illegal transfer of 180 acres of land in Raiwind.

PML-N workers – who accompanied Maryam Nawaz from Jati Umrah to the NAB office in a convoy – pelted stones at police officials and tried to break the barriers outside the anti-corruption watchdog’s office.

In retaliation, the police resorting to aerial firing, shelling and baton charge to disperse the infuriated crowd. Several protesters including women were arrested. Maryam Nawaz left the NAB office premises without appearing before the accountability bureau and then came back for the second time.

“Police threw stones at my car which broke its screen. I am here to give answers to the NAB questions. Why did you summon me if you are so scared? Now have some courage to listen to me,” the PML-N vice-president said. = DNA