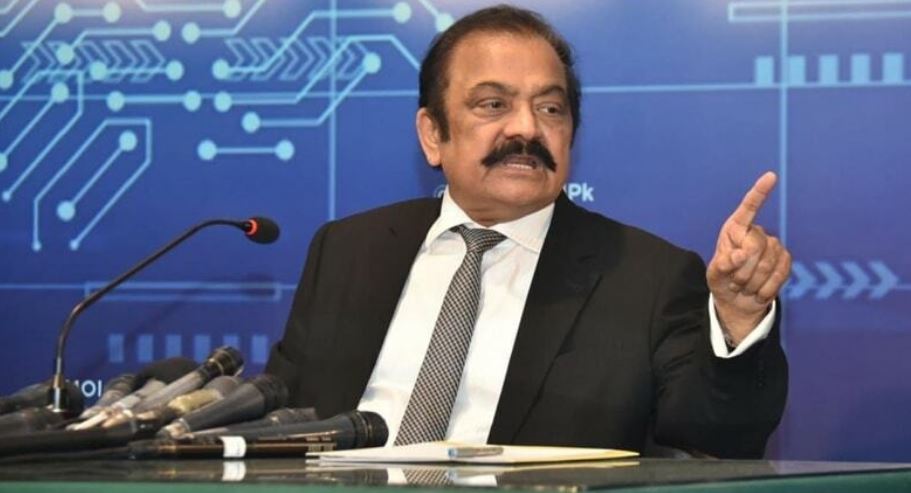 ISLAMABAD: Interior Minister Rana Sanaullah reacted on Tuesday to his predecessor Sheikh Rashid’s statement about Pakistan Tehreek-i-Insaf (PTI) chief Imran Khan being ready to sit with Prime Minister Shehbaz on the issue of early elections, questioning why he was “begging the government and institutions now” as he declared that “we will decide what is the best time for the elections.” In a series of tweets, Sanaullah said Imran had the authority to dissolve assemblies and hold new elections while he was the prime minister. He added that now the elections would not be held before “the accountability [is conducted] of looting the national treasury and making the country economically barren”.

Rashid, one of Imran’s long-time allies who remained a part of the recently ousted PTI government, had said during an interview to Voice of America on Monday that Imran was ready to hold talks with the Sharif government for early general elections, but it required the guarantee of “powerful quarters”.

“Imran Khan does not want to shake hands with the leaders of Shehbaz Sharif’s coalition government, but there can be talks regarding elections if the establishment guarantees,” the Awami National League-Pakistan had added.

He had further said he was making efforts to clear “misunderstandings” between the PTI and the establishment, and that he was of the opinion that the PTI should not have confronted any state institutions. Rather, the party should have sat with the Election Commi­ssion of Pakistan (ECP) so that it could have convinced the commission on early polls, Rashid had said.

The former interior minister had spoken about the the PTI’s planned march on Islamabad to demand early elections.

“Imran Khan is going to gather millions of people in Islamabad and in that case the country would go into a state of uncertainty which may lead to civil war,” he had warned.

Rashid had expressed similar fears earlier today, when he said while speaking to the media that the PTI’s Islamabad march could turn “bloody” and urged the powers that be to “find a solution before the long march”, by May 31.

He said he was pre-empting that the “long march” could turn “bloody” as part of a “conspiracy”, and that the marchers may commit self-immolation.

Reacting to these statements, Sanaullah said on Twitter that “people like Sheikh Rashid wanted to create a a situation of a … civil war.”

But his “wish for a civil war will never be fulfilled … people will not be misled by ridiculous statements”, Sanaullah added.

The interior minister also alleged that Rashid was the “mastermind” behind the recent incident at Masjid-i-Nabwi, during which a group of pilgrims had converged on PM Shehbaz and his delegation and shouted slogans against them at the mosque.

A first information report has been registered against PTI leaders, Rashid and several others, including the former interior minister’s nephew MNA Rashid Shafique — who has been arrested — under blasphemy laws over the incident.

Sanaullah said alleged in his tweets that Sheikh and other PTI leaders had hatched a conspiracy during the first 10 days of Ramazan at a hotel in Jeddah that led to the incident at the Prophet’s Mosque.

“Driven by your selfishness and desperation, you have not even spared your nephew. You are celebrating Eid in Rawalpindi and your nephew is in jail because of your conspiracy,” Sanaullah remarked.

« London, Bilawal House worried by govt handling of Madina incident (Previous News)
(Next News) Fuel prices would be much more expensive according to deal PTI govt made with IMF: Miftah »