Fuel prices would be much more expensive according to deal PTI govt made with IMF: Miftah 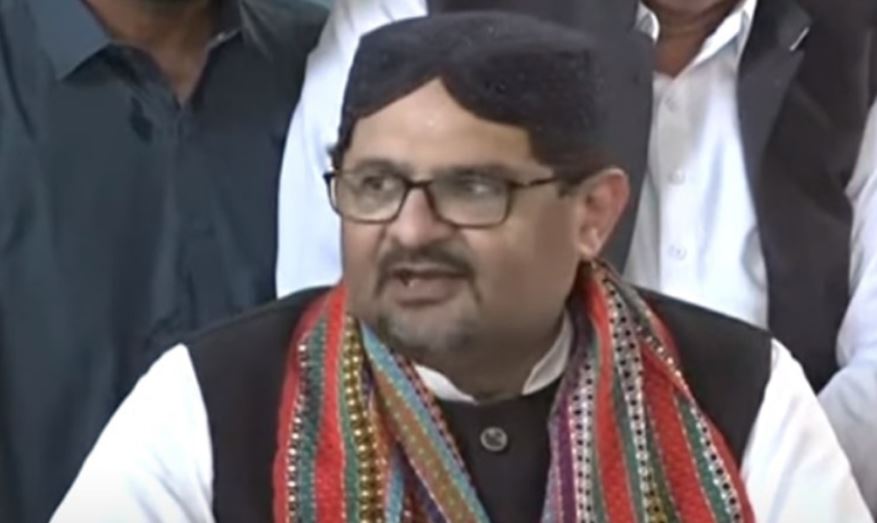 ISLAMABAD: Finance Minister Miftah Ismail on Wednesday said that diesel and petrol prices would have been significantly more expensive based on the agreement the previous PTI government made with the International Monetary Fund (IMF).

Speaking to the media in Karachi, the minister came down hard on the PTI regime for what he said was its incompetence in addressing the country’s economic challenges.

He alleged the previous government did not tell the people about these agreements, adding that Prime Minister Shehbaz Sharif “was and is resisting” these pacts.

“They had vowed to eliminate the loss of Rs30 in petrol prices, place a levy of Rs30 and a sales tax of 17pc, increasing [the price] by approximately Rs90. This also Shehbaz Sharif has resisted and will continue to do so.”

Ismail said that ever since PM Shehbaz had assumed office, the government was primarily focusing on reducing the prices of essential commodities. He claimed that the PTI government had made agreements that were difficult to fulfil.

“One the one hand, Imran sahab made agreements with the IMF […] despite this, by the grace of God, sugar is available at cheap rates for the first time since 2019,” he said, adding that sugar was available for Rs70-75 even though the dollar [rate] was at Rs180-190.

He also asked if it was a coincidence that sugar prices had reduced ever since Imran Khan was ousted.

He added that the Utility Stores Corporation was selling sugar at a further reduced price. In the same way, a 20kg bag of flour was available for Rs800 while a 10kg bag was selling for Rs400, down from Rs1,100 and Rs550, respectively, he said.

“The credit for this also goes to Shehbaz Sharif and this government,” he said.

Talking about ghee prices, the minister said that it was currently available at utility stores for Rs260 per kilogramme. He claimed that former prime minister Imran Khan left behind record inflation which was caused by record deficits and debts.

He said that the previous government used to say that Miftah Ismail’s business had soared during their tenure, using it as proof of their performance.

The minister said that the real example the government should have given was of Farah Khan, a close friend of Imran’s wife Bushra Bibi, who is being investigated by the anti-graft watchdog on allegations of accumulating illegal assets beyond known sources of income and money laundering.

“Look at how she progressed. But I think her business has suffered because she left Pakistan for Dubai,” he said, pointing out that the former accountability czar, Shahzad Akbar, had also left the country.

“When Imran Khan came into power, we stuck around and served jail sentences. So why are Imran Khan’s people leaving? If you want to make a Riyasat-i-Madina, then do it from here and not from Dubai.”

He said that the former premier would have answer for why transfers and postings were done at “Farah’s directives” as well as why “cases were made and wrapped up on Akbar’s orders”.

Ismail called on Imran to answer for the “inflation and the corruption he had left behind”.