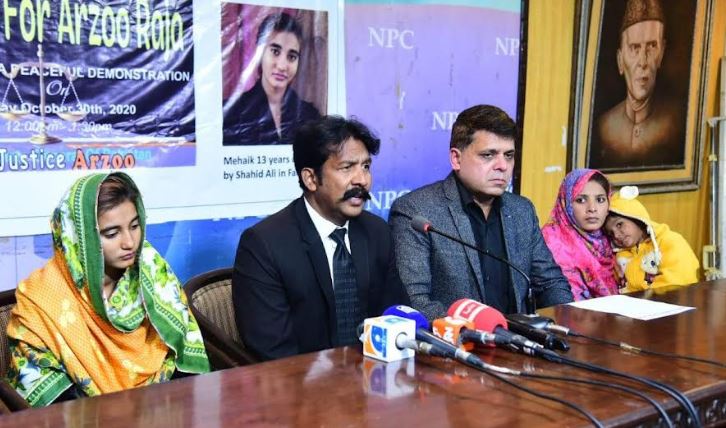 ISLAMABAD: The victim families briefing about the Abduction, Rape Forced Conversion and Forced marriages of Underage Minority Girls Pakistan Minorities Alliance, regret the decline of the Prohibition of forced conversion Act 2021 presented in the Parliamentary committee formed by the Prime Minister of Pakistan.

Accordingour research it not the matter of religion, infact the rapist and abductors take advantage of religion and avoid punishment of rape and abduction.1. The state must build this narrative that the abductor and rapist is missing using the name of religion for their own interest to ride the punishment of these crime. 2. Under 18 children are not considered to make their decisions, the children could be easily molested, enticed and misguided for a small treat of a chocolate.

3. We demand the prosecution of the Ali Azhar the rapist of ARZOO RAJA. Mohammad Saleem the rapist of Aiana 3 years old and the arrest of culprit Shahid Ali the rapist of Mehaik 13 years old.
We stand with the each and every victim of such human rights Child abuse. MAPwill left no stone unturned to bring justice to the victims of Abduction, Rape, Forced Conversion and Forced marriages.