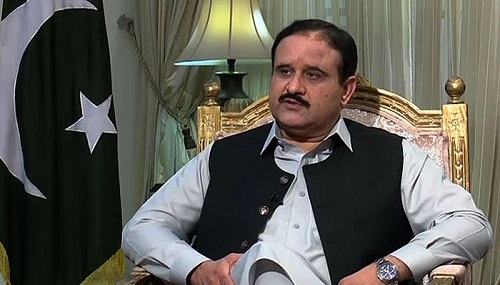 LAHORE: Chief Minister Punjab Usman Buzdar on Sunday called for the deployment of independent observers at Sindh and Punjab barrages in order to obtain accurate data on water release after a row between provinces over water theft.

In a policy statement issued today, the chief minister Punjab said that the deployment of independent observers would help in ensuring just distribution of water among provinces. “It will also help in addressing misunderstandings over water distribution,” he said.

The chief minister of Punjab also invited the parliamentarians of the Sindh province to visit barrages in Punjab.

“Parliamentarians from across the country especially from Sindh should visit barrages in the province,” Usman Buzdar said adding that parliamentarians could witness the water distribution and reporting system of release data.

He said that the Sindh province should also invite our lawmakers to their barrages.

The chief minister further assured that he would address the water-related issues faced by the farmers in Punjab. “I will personally visit farmers and listen to their grievances,” he said.

A report on Saturday stated that the inflow at Tarbela water reservoir has been recorded at 63,300 cusecs, while the outflow from the dam remained 60,000 cusecs.

A spokesperson of the Water and Power Development Authority (WAPDA), amid reports of water shortage, said that the inflow of water at Mangla Dam recorded 50,700 cusecs, while the outflow from the reservoir remained 50,000 cusecs.

The inflow of water at Chashma Lake recorded 92,600 cusecs, while the outflow from the reservoir remained 90,000 cusecs, according to the spokesperson.