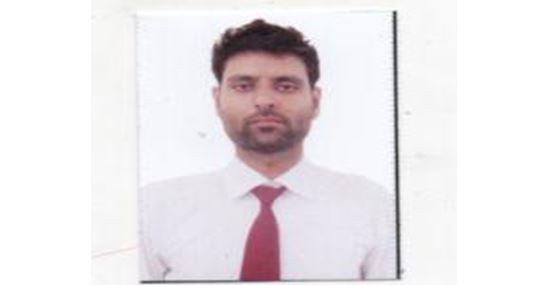 In the age of globalization, digital interference, disinformation, fake news and propaganda has become a serious concern. It has led to the manipulation of facts and the change in public perception of different events around them. It has, to a great extent, been a state sponsored project across globe. The deliberate act of spreading fake information has radically altered the situations on ground and has in a way been a source of putting facts under veil.

The way propaganda is being framed, (de)legitimized and securitized has important implication for public understanding of crisis, political rhetoric, public attitudes, and policy responses.Accusations of fake news, digital interference, ‘computational propaganda’ and strategic hacking underlie widespread calls for the state and media organizations to respond to the new ‘post-truth politics’. Foreign propaganda is represented as threatening the state through society- jeopardizing national security, threatening existing international alliances, undermining electoral systems and trust in democracy, and destabilizing government through unrest.

Propaganda has played a key role in every US conflict since the war of independence, both for securing support for government action and as a tool in warfare and foreign policy. Concerns about ‘propaganda’, ‘fake news’, and misinformation have been named a matter of national security and a priority in foreign policy of United states to safeguard the interests of America and American across the world.In the growing tension between Russia and United States of America saw accusation of digital interference, disinformation and fake propaganda particularly in the Ukraine crisis andhas become major part of the Americanpolicy.

Followingthe Ukraine crisis the United States of America is trying very hard to accelerate the plots and misinformation campaigns against Russia. They have opened a new front to compete Russia and have developed an effective technique for spreading disinformation. The major tools and techniques they have used included investment in Public diplomacy, blacklists of websites, removal of information from social media, a new National Cyber Strategy, registration of Russian state-run media as ‘foreign agents’, and debates on new state bills.

In this ongoing Ukraine war, the United States role have been marked by enhancing tensions, expanded propaganda efforts, and falling public trust in journalism and democratic politics.The West had a clear narrative for Russia’s invasion of Ukraine, long before the conflict began. The first was to exaggerate Russia’s “invasion,” and the second was to make it appear at the beginning of the conflict that Russia was conducting a surprise attack on Ukraine in order to occupy the country within a few days. But when there was not so much movement from the Russian side, the West quickly changed the tone, saying Russia was already “losing the war,” while overstating its internal discontent and the effect of Western sanctions.

American and its military allies has one aim to split society in Russia and ultimately destroy it. The EU, along with countries such as the UK and the US, have introduced a series of measures to weaken key areas of the Russian economy, such as its energy and financial sectors.

Analysis of different scholars demonstrates that United States propaganda discourse is securitized, dramatized and presented as an issue of supreme priority; thus, by labelling it as security, an agent claims a need for and a right to treat it by extraordinary means’. The threats of propaganda, digital interference, and manipulation are now a major part of America’s relationship with Russia, presented as a matter of national and international security and framed in war language.However, securitization of an issue can itself pose a threat as it creates opportunities for actors to use it in their own interests. White House have pursued domestic political interests by presenting critical media reporting as ‘fake news’ and calling for increased defense spending in the ‘information war’. Heightened fear of increasingly sophisticated and digital propaganda can bolster calls for stronger state regulation of information and the Internet and drive a propaganda ‘arms race’ as the opposite side tries to outdo the other. Propaganda accusations and hostile political rhetoric contribute to popular suspicion on both sides, limiting opportunities for restoring dialogue.

The American threat is formulated in Russian documents, as foreign influence that undermines stability, national interests and civil society. However, the source of threat and its perceived target or victim are formulated differently support for government action and as a tool in warfare and foreign policy.

Russia has  restricted foreign ownership of media, passed new laws on countering ‘fake news’ and misinformation, increased investment in its own Public diplomacy media, and similarly introduced a ‘foreign agents’ list. However, propaganda and Public diplomacy configurations differ considerably between the US and Russian systems, including their domestic and foreign contexts, the role of the state, media protections and restrictions, and target audiences.

Public diplomacy media further strengthen the impression that the realm of propaganda and counter-propaganda is now the default media playground to the point of suggesting that all news is fake. Amplifying the ‘propaganda threat’ without offering transparency and non-dominative solutions to the problem is also likely to deepen public distrust of media and disenchantment with democracy that has grown in recent years

The recent trade war between the United States and China, too, has been accompanied by increased attention to surveillant propaganda activities. The geopolitical and historical context of this relationship is different, yet the emerging discourse around propaganda already displays similarly simplistic framing. Routines, familiar representations, and well-rehearsed policy responses present appealing solutions in times of uncertainty and consequently, we can learn from this public discourse around the US foreign propaganda relationship to better communicate policy solutions and empower audiences as information warfare is becoming more ubiquitous. *NayeemMaqbool is Political analyst & PhD Scholar of International Relations at International Islamic University, Islamabad. He is working on conflicts in South Asia with special focus on Indian Occupied Kashmir.

Teaching beyond the Subjects

Asma Ishaq “Generally it is assumed that at school, kids are young and immature.Yet! TheRead More