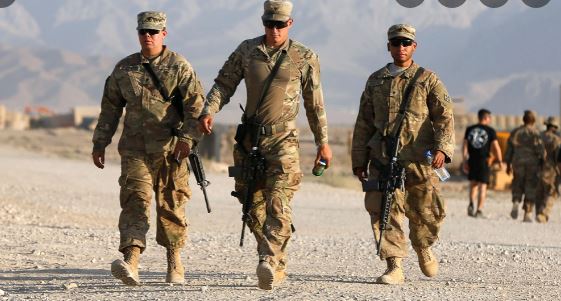 “There is only one decisive victory: the last.” These are the words of famous military strategist Clausewitz. The United States spent $1 trillion, almost two decades, and claimed to have achieved the primary purpose in Afghanistan that was defeating Al-Qaeda yet the end for Americans cannot be regarded as a “decisive victory”. It is true that the initial goal of the United States was to defeat Al-Qaeda but it soon realized that the problem is not Al-Qaeda alone. When the Taliban refused to hand over Osama Bin Laden to Americans, the Taliban had already shown which side they have chosen. Now the Taliban were a problem too.

Taliban were also apparently defeated after the toppling of their government in the aftermath of 9/11 but now stability in Afghanistan became a challenge for the world. The power vacuum that was created in Afghanistan could have provided space for terrorist groups to rise and threaten the US again. The US being the custodian of moral principles, democracy, and good governance took up the role of a responsible hegemon. The goal shifted from defeating Al-Qaeda to defeating the Taliban to state-building and nation-building in Afghanistan. The end goal was noble, the means were not. State-building and nation-building are not possible through external factors. It does not necessarily require huge resources and boots on the ground. The political change must come from within.

The problem lied in internal weaknesses. The US injected an abundance of resources in the hope of establishing democracy, forming a stable government, ensuring fair elections, framing a strong constitution, and promoting peace and security. However, it failed to understand that money cannot ensure these factors. The abundance of foreign resources resulted in a corrupt government and the democratization of a tribal nation became a problem.  For Afghans, tribal identities mattered more than the national identity under a democratic system. The resources were not reaching the common people. There was a weak judiciary. Violence could not be contained. The government lost its legitimacy in the eyes of the public. All these factors made many people feel wistful about Taliban rule. Another pertinent factor that was at play was the game of narratives. The failure of the US in Afghanistan was not an abrupt event. It has started long ago and ironically the United States was aware of it but never acknowledged it. For the American people and the entire world, they projected the narrative of inching closer to success day by day but the reality was far from it. In the guise of this constructed narrative, the US kept on making miscalculations one after the other. The first miscalculation was to invest so carelessly in Afghanistan without any check on where the money was going. The second miscalculation was to withdraw from Afghanistan in haste. The US withdrawal was not due to military limitations, the purpose of peace in Afghanistan, or the people of Afghanistan. It was because of domestic issues of the US. The failure of the US in Afghanistan can be attributed to its “imperial overstretch”. The biggest challenge that the US faced in Afghanistan impacted its domestic situation as well as maintaining a balance between its resources and national security commitments. When the idea of withdrawal was floated by President Donald Trump, he did not care about the aftermaths on regional security and the people of Afghanistan. President Joe Biden despite being an advocate of retaining a limited presence in Afghanistan, followed the footprints of his predecessor. The Taliban did not win because they defeated the Americans. Taliban won because Americans withdrew from Afghanistan. The war that Americans lost and Taliban won was not lost or won on military grounds. It was a political contest that has been won politically by Taliban. Taliban did not use violence or military tactics to push Americans outside Afghanistan. They went on conquering one region after the other without much resistance. The Afghan army trained by Americans and well equipped surrendered in the face of weakly equipped Taliban. The local population welcomed the Taliban rule. It was a political victory for Taliban attributed to the loss of faith in the Afghan government and the political will of the US to provide for Afghan people. There was a battle of narratives and the only thing that mattered was that whose narrative is stronger. Unites States and the Afghan government projected Taliban to be hardcore extremists who would revert the country back to the Stone Age. On other hand, Taliban kept on emphasizing the nature of corrupt Afghan government. In the end, the Taliban narrative was strong enough to defeat the other narratives. It is true that the US managed to attain its initial goals but what about the goal that it created itself over the period of time? What about the reconstruction and state-building in Afghanistan? Is the world ready to work for the goodwill of Afghan people and peace in the country? For once will anyone think sincerely about peace in Afghanistan? Whether it was corrupt government or narrative building, the Taliban are a reality now. The international community needs to find a way to deal with them. The façade of establishing peace in Afghanistan for the past twenty years has taught one very important lesson that violence does not end violence. There should be a political solution to bring peace and stability in Afghanistan. The actors who have stakes in Afghanistan should forget about pursuing their national interest and focus on rebuilding peace in the region. It looks convenient to contest your enemy in a foreign land but people of that country are suffering. The flagbearers of protection of human rights should now play their role carefully. Although the world is not ready to fund the Taliban government until they qualify on certain merits, yet controlled financial aid can be poured into the country through different organizations to primarily assist the Afghan people. The major powers should truly take calculated and responsible steps in order to bring peace to Afghanistan.

Author is an Islamabad writer who focuses on South Asian Politics and Afghanistan.