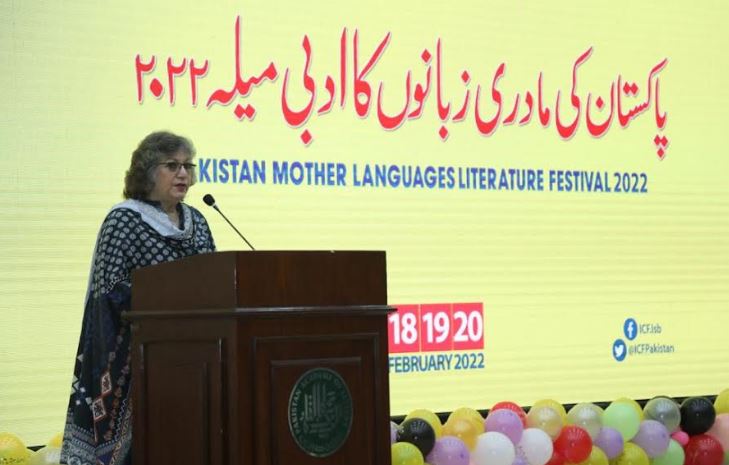 The documentary beautifully captures the richness, and diverse landscape and cultures of Pakistan. Starting from the splendid peaks of North till the deserts and seas of the South of Pakistan, the documentary features the smallest ethnic groups whose voices do not make it to the mainstream discourse. The documentary brings to surface the daily problems faced by these vulnerable communities, while they speak in their local languages in their own settings.

“This film has covered the length and breadth of Pakistan, and its diversity of cultures and languages. I commend UNDP’s efforts in bringing voices of these communities forward,” said the Chief Guest Ms. Ghazala Saifi, Parliamentary Secretary, National Heritage and Cultural Division.

“To access even more people and to learn more about their needs and requirements, we reached out to different communities in the farthest parts of the country in order to bring their voices to the mainstream discourses. The insights from this film provide us a roadmap for our future development interventions, ensuring that we leave no one behind,” said Mr. Knut Ostby, Resident Representative UNDP Pakistan.

“We needed to hear voices of these people that we had not heard before. Talking to people is the only way to understand their issues,” highlights Ms. Moneeza Hashmi, Chairperson Lahore Arts Council while commending efforts of UNDP in bringing forward voices of ethnic communities.

“When you speak to rural people, you learn that their issues and thoughts are very different from the urban population. If we want sustainable development, then attention and resources need to be directed towards rural areas,” said Mr. Jamil Akhtar, Director of our documentary Pakistan: Places, Faces, Voices. DNA