UNDP holds webinar on “People as Drivers of Inequality 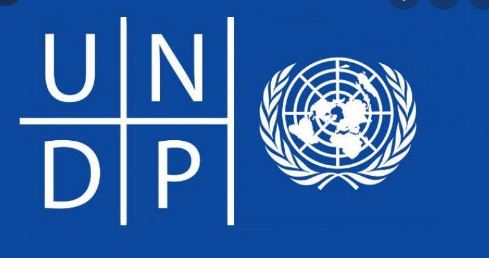 ISLAMABAD, JUL 13 (DNA) – UNDP Pakistan held a webinar entitled “People as Drivers of Inequality: Leaving No One Behind”.

This was based on UNDP Pakistan’s National Human Development Report 2020: The Three Ps of Inequality: Power, People, and Policy, launched by Pakistan’s Prime Minister, Mr. Imran Khan, in April of this year.

The Minister stated, “We are committed to empowering people at the lower end of the economic income spectrum, and coming up with policies which allow wealth creation, asset ownership, skill development, and employment generation across the board.”

UNDP Pakistan Resident Representative, Mr. Knut Ostby, welcomed the speakers and participants. “Today’s webinar explores people-centered inequalities that exist in Pakistan, with a special focus on the country’s vulnerable communities,” said Mr. Ostby, highlighting it as an important focus for UNDP to achieve the promise of Agenda 2030: To Leave No One Behind.

“’Two different Pakistans’ show the extent of inequality in Pakistan where huge disparity in the incomes and Human Development values are most pronounced in Sindh and Balochistan provinces,” observed Dr. Hafiz Pasha, renowned economist, former federal minister, and lead author of the NHDR 2020 on Inequality.

“Not only has Balochistan the lowest Human Development Index (HDI) value in Pakistan, but it is also the only province that has seen a decline in its per capita income,” stated Dr. Pasha while presenting the Report’s data at the inaugural virtual session of The Pakistan Inequality Debates series kick-started by UNDP Pakistan. Dr. Pasha also explained that higher growth is generally accompanied by higher inequality, which leads to a stronger need to focus on policies that lead to sustainable and inclusive growth.

The speakers of the debate engaged in a wide-ranging discussion covering the role of power and politics in perpetuating inequality; discriminations faced by minority and marginalized communities; the need to restructure education towards a fairer social order; political-economic fallout of systemic land and wealth dispossession and shrinking of the middle class; and how women are becoming gamechangers in Pakistan’s socio-economic and political processes against all odds.

Comprising a series of national, provincial and regional advocacy events, UNDP’s Pakistan Inequality Debates will be held throughout the year. It will engage policymakers, thought leaders, civil society actors, media representatives and other stakeholders to inform and advocate for policy reform on inequality and inclusion. = DNA