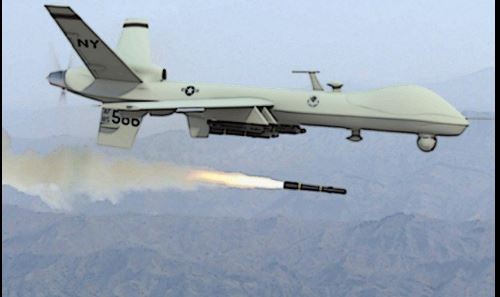 KABUL: A top leader of the Pakistan Taliban escaped unhurt from a suspected drone strike on a safe house in eastern Afghanistan, the militant group said Friday.

The strike on Thursday evening came a week after a ceasefire between the Tehreek-e-Taliban Pakistan (TTP) and the government collapsed, with militants accusing Islamabad of killing its fighters.

The TTP — a separate movement but sharing common roots with Afghanistan’s new leaders — plunged Pakistan into a period of horrific violence after forming in 2007.

Two TTP sources currently in Afghanistan told AFP that Maulvi Faqir Mohammad was the target of what they described as a drone strike on a compound in Chawgam village, in the eastern province of Kunar bordering Pakistan.

“Maulvi Faqir Mohammad was not present at the time… two fighters of the Tehreek-e-Taliban Pakistan were wounded,” one source said.

The compound was being used as a base by TTP fighters from Pakistan crossing the porous border with Afghanistan, he said.

Mohammad was arrested by the previous US-backed Kabul government and spent years in Afghanistan’s notorious Bagram prison, but was released after the Taliban’s lightning takeover of the country in August.

It was not clear who was responsible for Thursday’s attack, but both Pakistan and the United States have previously used unmanned aerial vehicles to conduct assassinations in the region.

Bilal Karimi, a spokesman for the Afghan Taliban, told AFP from Kabul that the strike was an explosive fired from the ground.

The TTP emerged 14 years ago and have been blamed for around 70,000 killings by successive Pakistani governments.

Thursday marked the seventh anniversary of the TTP massacre of nearly 150 schoolchildren in Peshawar, an atrocity that remains seared on Pakistan’s national consciousness.

It prompted a 2014 crackdown by the military which crushed the movement and forced its hardline fighters into hiding in Afghanistan.

Pakistan is now trying to quell a TTP comeback after the victory of the Taliban in Afghanistan.