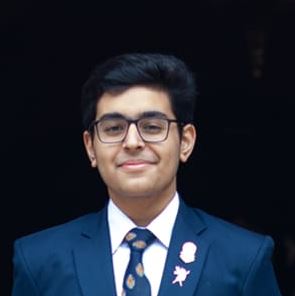 Time Travel has been a thing of fiction and stories, with one of its first iterations coming into being in Jules Verne’s Book ‘The Time Machine’. And in the popular franchise ‘Back to the Future’. But in reality this may be achieved with some basic principles of quantum mechanics, graph theory and some simple logic.

Let’s get the first postulation out of the way, when one travels time they create a branch of a new timeline, so if you travel back in time to end World War 2 before it began, but if you went forward in time, World War 2 would still happen. You may travel into the past or future but you may not necessarily CHANGE it.

This holds true with the laws of physics and actually solves one of the oldest logical paradoxes pertaining to time travel. ‘The Grandfather Paradox’

Secondly let’s also put time into perspective, time is just a function of relative velocity. Time is all relative to the observer in inertial frames of reference that is the main gist of Einstein’s Theory of Relativity and that also proves to us that Light has actually travelled through time too, considering that light from the far corners of the universe takes a lot of time to travel, so who knows maybe the photons that we experience from far off Gamma Energy Bursts carry information with regards to quantum and astrophysical states from the beginning of time.

The simplest method we know to date to travel through time is to go at the speed of light. However, this destroys matter at one of the most sophisticated levels as of date.

Another is a very ingenuitive get intriguing method developed by famous mathematician Kurt Godel. Godel was the father of the Godel Incompleteness Theorem and the Godel Metric. He is one of the only known mathematicians to date which have solved the Einstein field equations. He, in a very long worded letter, disproved Einstein’s results for the field equation on the day of Einstein’s birthday. The main context is this:space-time is like a sheet, so what happens if you fold that sheet over itself, then you create a manifold, and if you create a small teleportation wormhole between the manifolds that creates a ‘Closed Timelike Curve’ which is just an einstein rosen bridge between two manifolds in space time.

Godel, created a solution to the Einstein field equation; create a wormhole. This wouldn’t break the laws of relativity nor would it require for the object to move faster than the speed of light.

All in all, time travel is possible and it actually may be possible in the near centuries to come, but the question still stands, on why we would want to change the past if we can currently change the future just with our present actions.

Islamabad, Feb 2 ().  Allama Iqbal Open University (AIOU) is taking various  initiatives to equip Pakistani youth with vocational skills to earn respectable livelihood under the banner of   Prime Minister’s Hunarmand Pakistan Program. University is offering various skills-based courses including hotel management to Pakistani youth located in distant and underdeveloped areas of the country. According to Prof Dr Zia Ul-Qayyum, Pakistani youth faces a lot of difficulties in getting employment despite of being highly qualified. Therefore, it is the primary responsibility of the universities to provide them skilled training besides formal education so that they can play their due role in the process of social and economic development of the country. In order to achieve this objective, AIOU has initiated hotel management course in collaboration with Alight Pakistan with the slogan of ‘learn a skill and be skillful’. The primary objective of this six-week training course is to equip Pakistani youth with hotel management skills to promote tourism and to boast tourism industry in GB and Skardu. This training program would be expanded to other tourism popular regions of the country gradually. It is expected that this training program will play a pivotal role in the social and economic development of the country as hotel industry is progressing by leaps and bounds.

Admission application form can be downloaded from the university website (www.aiou.edu.pk). In case of any further details, interested candidates may contact Gilgit regional office as well as Skardu regional offices on 05811-960378/9606030 and 0585-960258 respectively.