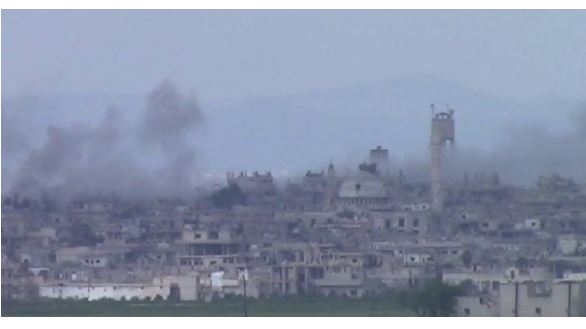 Chlorine was used in the regime attack on an opposition-held area in Syria in 2016 in which at least 20 people suffered breathing difficulties, the world’s chemical weapons watchdog concluded Tuesday.

The incident near a field hospital outside the town of Kafr Zeita came shortly after witnesses reported a helicopter dropping at least one object, the Organisation for the Prohibition of Chemical Weapons (OPCW) said.

Inspectors obtained an industrial chlorine cylinder retrieved from the site and were able to “positively link” it to the October 1, 2016 attack, helped by digital evidence and witness interviews, it said.

“The report concluded there are reasonable grounds to believe that the industrial chlorine cylinder was used as a weapon,” the OPCW said in a statement, based on a report by its Fact-Finding Mission which probes chemical attacks in Syria.

Witnesses reported a helicopter taking off from regime-held Hama airport before the attack, on an agricultural area where a number of rebel groups were sheltering in caves.

“Shortly afterwards, the helicopter dropped two barrels, according to a number of witnesses, while others reported being aware of one barrel only,” the report said.

The inspectors found that “the cylinder ruptured as a result of mechanical force and released a toxic irritant substance“, said the report.

The report by the Hague-based OPCW will add to pressure on the Bashar-al Assad regime from Western countries to come clean over its alleged chemical weapons use.

An OPCW report last week found that mustard agent was used in a 2015 Daesh [ISIS] attack in northern Syria.