The social protection system needs to be strengthened 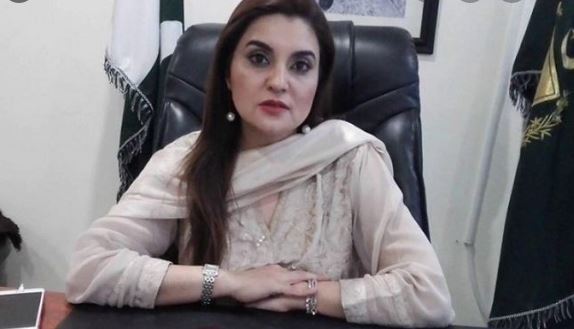 ISLAMABAD /DNA/ – Federal Ombudsperson Ms Kashmala Tariq has said women are harassed in different working fields and in parliament too. Unfortunately, no woman stands up for another woman to stop violence.

“We should sensitize our women to take stand against such violence rather accept the violence,” Kashmala said and called for the implementation of rules and urged people to join hands to root out this menace.

Ms Nilofer Bakhtiar chairperson of NCSW, discussed the main cause of surge in gender-based violence during Covid-19. She said a strategic plan which will be launched in December emphasizes women participation in education and health.

Ms. Tahira Abdullah, Human rights activists, highlighted the research-based solutions and stated that not only women but men, boys and children also victim of violence. According to her in Covid-19 Pandemic domestic violence, especially in urban areas, has increased.

Dr. Anita Ghimini Director (NISER) from Nepal said despite Nepal being a strong democracy women participation in Parliament is just 33%.

Speaking at a session on ‘Building Local Resilient Food Systems to End Hunger – Leaving No One Behind’, in collaboration with World Food Program & in knowledge partnership with SAWTEE, Syed Fakhar Imam, Federal Minister for Food said food security situation in Pakistan was improving as the government is focusing on agriculture sector and the dividends are already there as the country is having bumper crops in succession despite the COVID-19 pandemic. The minister also appreciated SDPI for conducting a thoughtful session in this regard.

Ms Dikshya Singh discussed the impact of COVID-19 on major crops which totally disrupted the availability, accessibility and affordability of the food supply chains in Nepal.

Speakers at a session on ‘Building Minimum Consensus on the Architecture of Local Government System in Pakistan’ in collaboration with GIZ, called for minimum consensus on structure, nomenclature and functions of local governments system across all four provinces. There is a need for grand national dialogue among political parties to further explain the system of LGs in the constitution. This could be done through inclusion of an additional chapter in the Constitution, they added.

Dr. Nafeesa Shah, PPP MNA, said despite having a very clear mandate for the purpose the current government cannot ensure the continuation of the local government system and emphasized a strong leadership at the center is needed which recognizes the fact that ‘bad governance starts from the street’.

Mr. Inayatullah, MPA and former Minister Local Government and Finance KPK was of the view that continuity of local government is important. There shall be a minimum consensus on the functions of the local government systems, he emphasized.

Prof. Amir Taj, Institute of Management Sciences, Peshawar, said the role of federal and provincial governments in structuring local government reforms is crucial and so is the judiciary.

Amina Zaidi from SDPI, opined there is a political reluctance in strengthening the local government.

Mohsin Chandana, Federal Secretary Inter-Provincial Coordination, pointed out that our failure to shed the centralized system we inherited from our colonizers is the main cause of rotten LG system in Pakistan.

Speaking at the session on ‘Services-led Growth and the Rise of Digital Platforms: A South Asia Perspective’ organized in collaboration with The World Bank South Asia Chief Economist Office, the speakers including Dr Muhammad Sohail Rajput, Federal Secretary (IT & TC), Gonzalo Varela, Senior. Economist, The World Bank, Ms Shamim Rajani, COO, Genetech Solutions and others were of the view that digital platforms can improve the performance by increasing access to market as they add buyers and sellers, convenient transactions, facilitate and enable buyers and sellers. This leads to increase market access for firms which leads to increased economies and productivity.

They called for rapid transformation of the services sector through adopting new policies to move away from vested interests and rethinking of regulations and setting up new institutions in two key areas i.e., trade competition and skills. There is a need to increase institutional capacity and introduction of regulatory frameworks, on job reskilling and shared service centres.

Speaking at a session on ‘Progress and Reforms in Social Protection in Pakistan: Post-18th Amendment’, speakers said that by improving the social protection system in the country, we need to develop more social assistance.

PSPA CEO Ms Beenish Fatima Sahi stressed the need for unified M&E for the purpose of implementation. This is very important to do economic inclusion for human development. There are number of institutions that required Rs 72 billion to run these strategies for social protection. She also emphasized to lower the set of strata to circulate social protection budget.

Mr Shahid Farooq said it’s not only the responsibility of social protection departments, but also a collaborative effort is required. There is a disconnect among departments and it occurs both in districts and at provincial levels

Mr Haris Gazdar said political priorities needs to be revised. Financial and social inclusion needs distribution at provisional and local levels. Relationship between state and citizens should be part of the agenda.

Muhammad Waqas said our system is also facing challenges and every province has different set of strategies for social protection. This new concept needs to incorporate accordingly in a unified way.

Dr Fareeha Armughan from SDPI said currently social protection is more of a provincial subject and provinces need to take ownership of this programme.

Speaking at the session on ‘Consensus on the Architecture of Local Government System in Pakistan’ organized by SDPI in collaboration with GIZ LoGo, Dr Nafisa Shah, PPP MNA, Inayat Ullah, MPA KPK, Rainer Rohdewohid, Senior Adviser GIZ, Mohsin Mushtaq Chandna, Federal Secretary for Inter-Provincial Coordination and others called for minimum consensus on structure, nomenclature and functions of local governments system across all four provinces. There is a need for grand national dialogue among political parties to further explain the system of LGs in the constitution. This could be done through inclusion of an additional chapter in the Constitution, they added.

Speaking at a session on “Ecosystem Restoration 2030: A Decade of Action for Sustainability and Resilience”, organized in collaboration with World Food Program, Minister for Climate Change Zartaj Gul, said the government committed to achieving its targets regarding poverty reduction and 10 billion Tree tsunami.

Dr Mushtaq Ahmed Memon called for modifying the way of life, rather than focusing merely on policy making and organizing humanitarian programmes.

Salman Danish from SDPI highlighted the major environmental and social issues and recommended to monitor and conserve marine ecosystems, to ensure sustainable development.

Dr Sehrish Qayyum also discussed Blue Economy of Pakistan with special emphasis on post-pandemic situation and stressed for sustainable use of oceans for economic growth as well as health of ecosystems.

Speaking at a session on The Challenges to Primary Healthcare and Preparedness in Pakistan, Dr Shahzad Ali, vice-chancellor of Health Services Academy, said we need to think over what are the meanings of primary healthcare, because in Pakistan, we are not providing primary health care, but only the first level of health care during pandemic.

Dr Rana Javad talked about the deceased role of primary health care during pandemic because he said due lack of health facilities during pandemic mostly people were using the home base practice’s because, people were scared of vaccines so there is a need to work on the preparedness of health infrastructure.

Dr Yasmin strongly advocated for women health saying prevent women from underage marriages, invest for their education and act now before it is too late.

Dr Adeela Rehman said many families lack emotional and financial support, maternal health suffer a lot because of low care from families and their caregiver .so there is a need to improve health infrastructure and increase health related awareness through Mass media.

Speaking at a session on Building a compelling narrative for Local Governments in Pakistan and why it matters, the speakers focused on the kind of local government that is beneficial for the people of Pakistan while the main problems were highlighted along with the current flaws in the system viz-a-viz the basic solutions.

Starting off with Johana, she talked about the linkage between the local government and national government, how both can help in welfare of citizens while decentralization was highlighted as a vital step for democracy.

Mian Mehmood Ur Rashid talked about the lack of implementation of article 140A, and proposed that there should be decentralization of bureaucracy from the local government, eradication of the red tape system and direct elections free from blackmail.

Councilor Shabir Pandor took stock of the opportunities that can be given when the local government system improves in Pakistan.

Speaking at a session on Local Government and Challenges of Social Inclusiveness, panelists said that the basic hurdles in social inclusivity are poverty, inequalities, gender inequality, lack of services provided to the citizens, lack of political education, patriarchy, etc. Stressing the need to build upon an appropriate local government system, they said that Section 76e of the LG system is not being fully implemented, which highlights how to fulfil the needs of people.

They said a strong local government system should be the top priority of the government for the betterment of citizens in terms of service delivery.

In a session ‘Remembering the Subcontinent’s Authors & Activists We Lost during COVID-19’ Dr Abid Qaiyum Suleri talked about the personality of Ahmed Salim, who has written more than 150 books, saying whatever he used to think he would do exactly the same. He further said that he was a very down to earth man.

Dr Navsharan Singh divulged upon the struggles of farmers that how Indian government tried to deprive them of their rights, but they fought with courage and achieved the victory. Renowned poetess Kishwar Naheed and Dr Humaira Ishfaq also spoke on the occasion.