The Russia-Ukraine Conflict and De-globalization 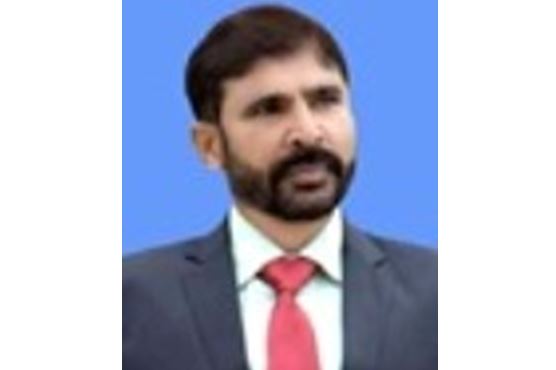 During the last four decades, the foreign policy and economic policy of the champion of globalization have been characterized by isolationism and protectionism. By adjustmentof their policies, United States have undermined the process of globalization and encouraged retribution between various economic camps and interest groups. The data released by the US Department of Commerce shows that the deficit in US goods and services in 2021 was 859.1 billion which has increased 27% over the previous year, which is about 4% of GDP.

The election of Donald Trump as US President since 2016, Brexit, and the Sino-US trade war point to threats to a global system that is becoming increasingly problematic to the economic system of the globe. The Covid-19 epidemic and the Russia-Ukraine war have exacerbated the current tensions and have exposed an unexpected crisis of the economies of the world and is weakening the consensus on globalization. As of April 11, Yale University’s figures show that more than 600 multinational corporations have withdrawn from Russia or ceased their business. According to Lawrence Bone, chief economist at the Organization for Economic Co-operation and Development, this de-globalization has deep and unpredictable effects. Under this new trend towards regionalism, the global values, supply lines and industrial chains may have been severely affected. Undoubtedly, the current global political and economic landscape is in a new and unprecedented adjustment, and the uncertainty created by the economic separation, first and foremost it will affect multinational corporations. However, this situation is also creating opportunities for countries such as those that have the ability to find new markets and economic opportunities and to attract corporations and companies.

As the conflict between Russia and Ukraine intensifies, the confrontation between Western countries and Russia has spread from the national level to the corporate level. British Petroleum company has announced on February 27, 2022 that it would relinquish its 19.75% stake from the Russian integrated energy company Rosneft, which is about half of its oil and gas reserves and one-third of its production. In addition, dozens of energy companies have stopped working in Russia and announced to abandon their Russian operations.

Following the 2008 financial crisis, multinational corporations began to respond to the operational risks posed by conflicting regulatory measures in different countries by shrinking and winding up their businesses. Since 2008, Citibank has sold its related business in Germany, Turkey, Brazil, Egypt and other countries. Now, in March 2022, Citibank has agreed to sell its Indian retail banking sector to Axis Bank. Citibank is not the only bank responding to the challenges of de-globalization by shrinking its business and sliming its assets. The decision of Hong Kong and Shanghai Banking Corporation (HSBC) to re-focus on the role of Asia in its growth strategy will surely strengthen its leading position in Asia, as Asia has always been the bank’s earnings in the regional markets. According to the 2021 financial report, Hong Kong and Shanghai Banking Corporation pre-tax profit in the Asian market was $ 12.249 billion, which is 64.8% of the group’s total profit. However, Hong Kong and Shanghai Banking Corporation is still regarded as a British bank. The bank, which has been one of the four largest local banks in the UK since 1992, moved its headquarters to London in 1993 and now has ten major shareholders and other asset companies in United States and British jurisdiction. Asia-Pacific is stuck in a complex game of big countries, especially with mainland China and Hong Kong focusing on business.

The Covid-19 epidemic and the Russia-Ukraine war have significantly accelerated the de-globalization. With more and more Western sanctions on Russia, many countries that are not staunch allies of the United States are now realizing the dangers of being economically attached to the United States and its allies. It is also a strategic challenge for the multinational corporations to realize that the sanctions imposed by the West have begun to merge with the risk areas, including cyber threats, protectionism, global mobility, dynamic operations, corporate and contractual reservations. The states and the multinational corporations represented by Hong Kong and the Shanghai Banking Corporation are facing a number of dilemmas.

In the current international political and economic scenario, the elements and scope of national security have been gradually expanded. In addition to traditional security threats, countries have focused on technical security, cybersecurity, environmental protection, and energy security. However, no matter what rules are adopted, multinational corporations are unable to achieve effective hedging due to the complexity of many different national regulations and lack of mutual transparency. Therefore, business localization or regional integration for different markets or interest groups will be a general trend in the future. Multinational corporations can only effectively avoid the dangers of known or unknown regulatory policy by configuring different systems, as the United States has adopted a two-pronged policy towards China under the Trump administration, bilateral economic cooperation between China and the United States and Cultural exchanges are affected in many ways. However, in general, cooperation between China and the United States is still relatively smooth. Now that the massive economic rift between the West and Russia has proved the possibility of a comprehensive de-coupling, the Asia-Pacific region must devise a timely mechanism to deal with this potential situation.

The Covid-19 epidemic has hit the global supply system.Therefore, to secure the safety of the supply line, it is necessary to actively expand and break the supply. China’s Belt and Road Initiative has become a symbol of global cooperation, even amid the broader trend towards globalization. The Belt and Road Initiative will bring new opportunities for global business, allowing multinational corporations and small to medium-sized enterprises to explore emerging markets and to expand business opportunities with China, ASEAN, the Middle East, and Central and Eastern Europe. China’s direct investment in the Belt and Road countries will reach$20.3 billion in 2021, up 14.1% year on year.

« Ideas of growth (Previous News)
(Next News) “Thailand and the Organization of Islamic Cooperation: A Gateway to the Muslim World” »