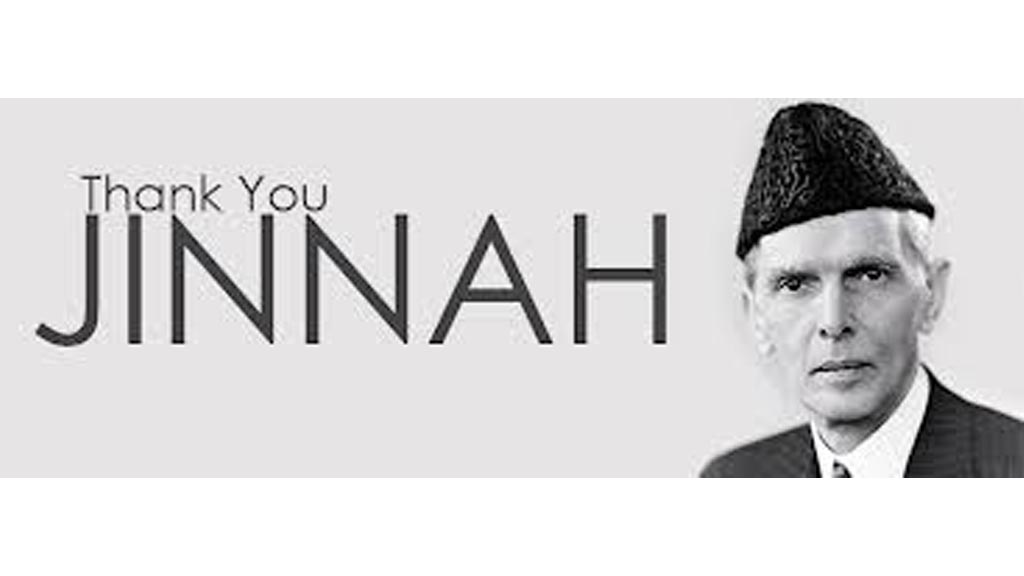 As Pakistan prepares to celebrate the 82nd anniversary of Lahore Resolution, it is vital to shed light on the event that changed the course of history in the subcontinent. As “Magna Carta” laid the foundation stone of people’s power in Great Britain, the pledge made on 23rd March 1940 at the erstwhile Minto Park, for decades, serves as a cornerstone for Pakistan’s socio-political culture. The Nation must utilize this moment to revisit the ideology and thought behind the historic resolution. 23rd March, revives the essence of nationalism among common people of Pakistan. As we breathe in a free country today, tribute must be paid to the ones who sacrificed their present for us. On this historic day, the Nation must be reminded of Quaid’s words that defined the purpose and meaning of Pakistan. This article reproduces the most relevant quotes of the presidential address of Quaid-i-Azam Muhammad Ali Jinnah at the Lahore session of All India Muslim League that carved out an independent homeland for the Muslims of South Asia. As the events highlighting bigotry and communalism unfold across the border, the Pakistani nation stands indebted to the vision and foresight of its founding fathers. The Quaid said, “You may remember that we appointed a committee of ladies at the Patna Session (1938). It is of very great importance to us, because I believe that it is of absolutely essential for us to give every opportunity to our women to participate in our struggle of life and death.”

The opening remarks of Quaid’s most important address advocated women’s rights. He emphasized the essentiality of women’s participation in the socio-political struggle and highlighted their achievements in the upbringing of All India Muslim League. Following the footsteps of the founding father, the Pakistan’s Armed Forces have significantly contributed in uplifting the slogan of women empowerment by inducting Pakistani women in various fields including medical, education and technical branches of the Tri-services. Pakistani women in uniform has contributed a lot in service to the country. The first ever Pakistani Female Engagement team in any United Nations (UN) mission around the world received UN medals for serving in the Peacekeeping Mission in the Democratic Republic of the Congo last year. A team of 15 Pakistani women officers, received major recognition for being the first all-female group from Pakistan to serve in a UN peacekeeping mission. This service abroad for peacekeeping missions brought an immense respect to Pakistan at the global level.

At the same occasion, the Quaid further stated that, “We want that the British Government should in fact and actually meet the demands of the Arabs in Palestine.” Muhammad Ali Jinnah backed the plight of Palestinians eight decades ago. In his all-important address, he did not forget to show solidarity with Palestinian brethren. To date, Pakistan’s stance on Palestine is unchanged. On many occasions, PM Khan advocated a Two-State solution according to the aspiration and wishes of the people of Palestine. Pakistan should continue its unequivocal diplomatic support to the cause and must attempt to mobilize Muslim Ummah to resolve the crisis which has brought enormous pain to the people of Palestine.

Jinnah reiterated, “Musalmans are not a minority. The Musalmansare a nation by any definition. We find out that even according to the British map of India we occupy large parts of this country, where the Musalmans are in a majority” Citing the work of London Times and the letter of LalaLajpat Rai to C.R Das, Quaid stressed on the separate identity of Muslims of the Subcontinent. He validated the ‘Two Nation Theory’ and presented colonials with a workable solution to maintain peace in the Subcontinent.

Jinnah was well aware of the fact that Pakistan’s due to its peculiar geostrategic location and the hostile neighboring environment needs strong Armed Forces to protect its national interests. Among the Tri-Services, Pakistan Navy was thus designated as an instrument to defend the maritime frontiers and interests of Pakistan. During wartimes, Pakistan Navy has always espoused high standards of professionalism and valour. In 1965 war, Operation “Dwarka” launched by Pakistan Navy caused irreparable damage to Indian Navy, vehemently destroyed the Indian Radar system. In addition, Pakistan Navy’s submarine Ghazi moved its patrol to Bombay harbor to challenge enemy’s ships namely INS Vikrant and INS Mysore to dock out and get destroyed. This psychological fear of Ghazi adversely affected the Indian Navy’s operational maneuvers. Yet again in the 1971 war, sinking of Indian warship Kukri brought an immense wartime casualty by PNS Hangor, is the only incident after WWII wherein any conventional submarine sank a Warship. Furthermore, the detections of Indian Navy submarine, after Pulwama military standoff, by Pakistan Navy evidently portrays its effective employment strategy coupled with superior professional acumen.

Recent developments and reports of subjugation and ill treatment of Muslims coming out of India validate Muhammad Ali Jinnah’s address at the Lahore Session of All India Muslim League. Quaid remarked, “Muslim India cannot accept any constitution which must necessarily result in a Hindu majority government. Hindus and Muslims brought together under a democratic system forced upon the minorities can only mean Hindu Raj.” The prediction of our visionary founding father made eight decades ago stands relevant and applicable today. In post-1947 India, it was evident that Nehru’s sugar-coated secular democracy was bound to collapse one day or another. Today, from revocation of Article 370 and Citizenship Amendment Act to Ayodhya Verdict, each development embosses Jinnah’s words. This is what a Hindu Raj forced upon Muslims looks like. As renowned Indian author Arundhati Roy said, “Modi had been coming since 1925.” Nehru’s deodorized democracy was destined to fall apart and Gandhi’s India was doomed to become Godse’s India.