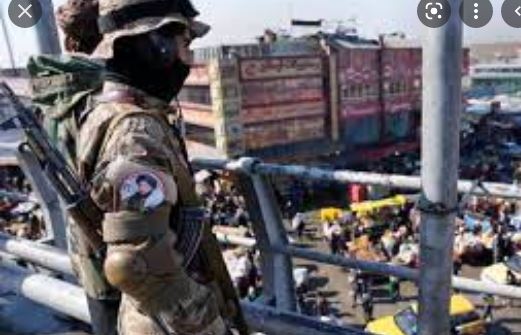 NEW YORK: Al Qaeda’s past ties to the recently empowered Taliban have the potential of making Afghanistan a safe haven for extremists, and “terrorist groups enjoy greater freedom there than at any time in recent history”, UN experts said in a report circulated on Monday.

In the wide-ranging report, the experts also said extremists linked to both Al Qaeda and the militant Islamic State (IS) group are successfully advancing in Africa, especially in the turbulent Sahel. And they said IS continues to operate “as an entrenched rural insurgency” in Iraq and Syria, where its so-called caliphate ruled a significant swathe of the two countries from 2014-2017 when it was defeated by Iraqi forces and a US-led coalition.

In what it called “a bright spot” in Southeast Asia, the panel of experts said both Indonesia and the Philippines reported “significant gains” in disrupting IS and Al Qaeda-affiliated “terrorism” and “some optimism” that their operational capability “may be significantly degraded”.

The report to the UN Security Council by the panel of experts monitoring sanctions against Al Qaeda and IS, also known as the Islamic State of Iraq and the Levant (ISIL), called the Taliban’s return to power on August 15 amid the chaotic final withdrawal of US and NATO troops after 20 years the most significant event of the last six months of 2021.

The Taliban first ruled Afghanistan from 1996 to 2001 and were ousted for harbouring Al Qaeda and Osama bin Laden for masterminding the 9/11 terrorist attacks in the US in 2001. In a February 2020 deal that spelt out the terms of the US troop withdrawal, the Taliban had promised to fight terrorism and deny terrorist groups a safe haven in Afghanistan.

The experts noted that Al Qaeda released a statement congratulating the Taliban on their victory on Aug 31, but since then it has maintained “a strategic silence, likely an effort not to compromise Taliban efforts to gain international recognition and legitimacy”.

“Al Qaeda is also continuing to recover from a series of leadership losses and is assessed to lack the capability to conduct high-profile attacks overseas, which remains its long-term goal,” the panel said.Al Qaeda’s leader, Ayman al-Zawahri was reported alive in January 2021, it said, “but member states continue to believe that he is in poor health.”

The experts noted that Amin Muhammad ul-Haq Saam Khan, who coordinated security for bin Laden, returned to his home in Afghanistan in late August. And they said an unnamed country reported that bin Laden’s son, Abdallah, visited in October for talks with the Taliban.